The cohesiveness of the album feels deceptive. Rather, albums often remind me of quilts—stitched together over time—crafted from the memories and experiences imbued into each new piece and addition. It’s a feeling I recalled most recently when discovering Toronto project PACKS and their debut album Take the Cake out tomorrow.

Written over two periods of time—half while in Toronto and the other half while quarantining in Ottawa—there’s a teetering feeling within Madeline Link’s new record. As old meets new, the album not only delves into Link’s past—her trials in love and working in Toronto—but also her recent reflections and understanding of her “previous life” before the pandemic. It’s a distinct dynamic that permeates Link’s songs, forging a path of twists and turns as it works its way through its frenetic and foggier moments. By the record’s end, Take the Cake generally feels less so complete than it does in progress—a collection simply waiting to grow and be given new meaning.

We spoke to Maddie earlier this year about the creation of Take the Cake. We also discussed her collaboration with her sister, her recent residency in Mexico, and her time spent in Toronto. Maddie also picked up a disposable film camera to show us the creative inspirations hidden in corners of her neighborhood. Check out her photos and our conversation below.

Slumber: If someone came up to you that had never heard Take the Cake–what are three words you would use to describe it?

Slumber: The album melds together older tracks from when you were in Toronto and more recent recordings from your time quarantining in Ottawa. What’s maybe one similarity, and one difference you find between these periods of time as they show up on your record–whether thematically or sonically?

Maddie: One lyrical consistency between the old tracks and the new ones is romantic frustration. It seems like I am forever dealing with situations that just don’t work out, and that causes me a lot of grief and confusion.

Sonically, the main difference between the old vs. new songs is Shane’s vs. my drumming. I recorded all the Ottawa drums, which are much less intricate and much more aggressive. I have more of a punky drum background so I go for the fast fills and a loud kick, whereas Shane brings this effortless class and steady simplicity to every beat he comes up with. 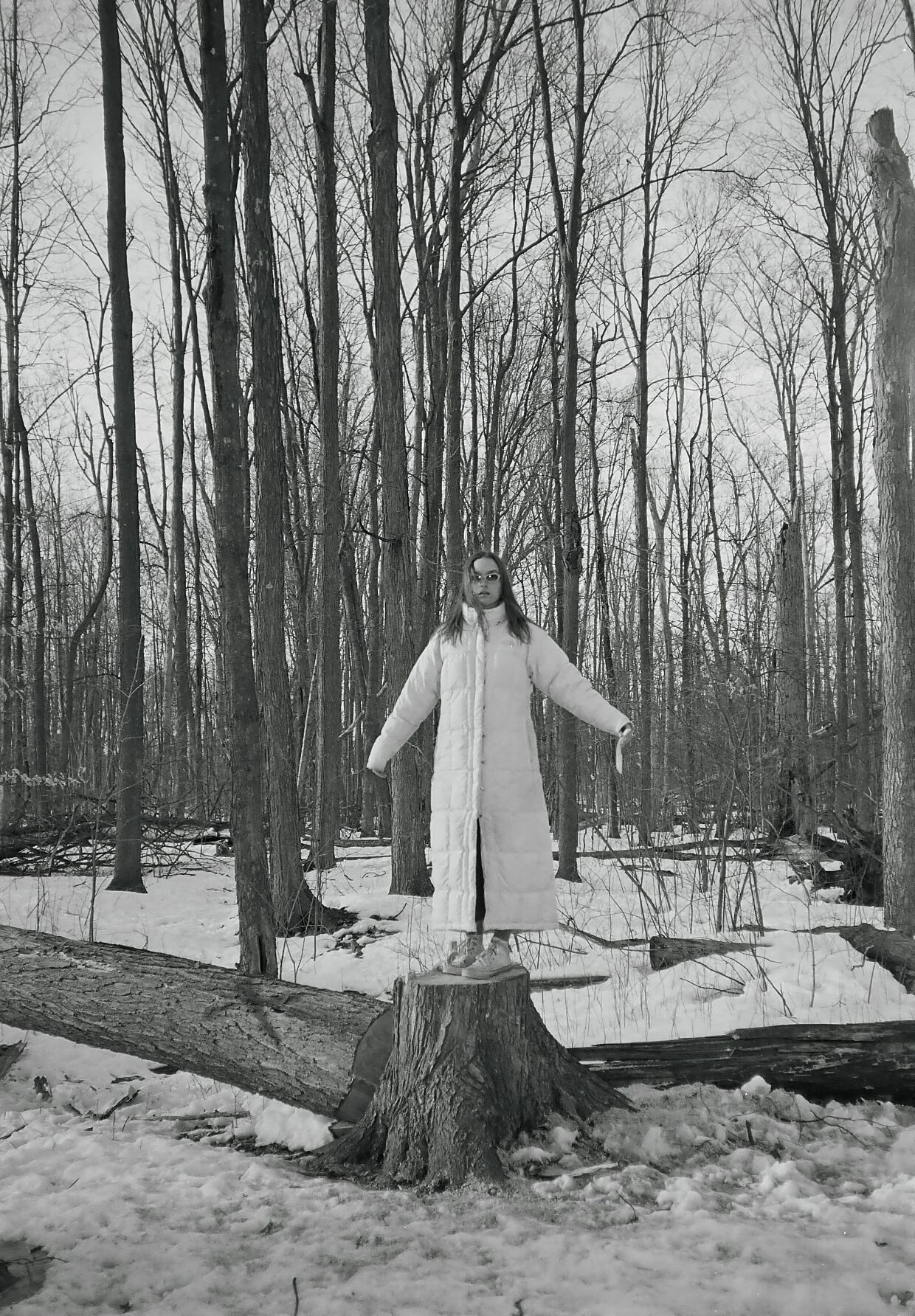 Slumber: Can you talk a little about where you took your camera for this feature? Any places or memories or inspirations that stick out to you from the process?

Maddie: I brought my camera on a sunny neighborhood walk!

Walking around my neighborhood will always remind me of high school in the springtime. The smaller bus routes stop running at eleven so you’re taking the hour-long walk home from the main hub and just observing how blooming trees look in the streetlight or stopping to stare at trash displays that took all winter to form and are just starting to peek through spiky snowdrifts. My friends and I would eat too many weed brownies and spend all of our time outside, filming silly videos, taking pictures, engaging with everyone and everything we passed. These memories fill me with giddiness and remind me that beauty is always in the journey.

Slumber: You’re biking around Toronto–what’s your go-to album you’re going to listen to?

Maddie: There are two particular times I decided to listen to music while biking in Toronto and both times ended in me colliding with something/someone and flipping over my handlebars, landing in the middle of the street, so I try not to do it so much anymore. But in Ottawa, I recently biked home from seeing some friends at two in the morning and put on my “karoke” playlist, which is the playlist I put on if I want to uncontrollably sing along to every single song that comes on at full blast in the car.

I was huffing and puffing up hills and down dirt paths, singing every word to Guajira Guantanamera by Company Segundo. But Transparent World by Pool Holograph or their newest release, Love Touched Time and Time Began to Sweat, would also serve as a great soundtrack. Music and biking is just such a cinematic, dreamlike combination that it can be dangerous if you get too into it. I always end up looking up at the sky instead of the path ahead.

Slumber: You recently completed an artist residency in Mexico–how was the experience in working on art of all different forms–collage, mâché, among others. Would you say there’s a difference for you in how you express yourself or creativity through visual arts rather than music? Do they help you express similar or different ideas, feelings, or thoughts?

Maddie: The only real difference between the plastic arts and songwriting is the chords they strike inside my body. Anything I create and can physically see, I may have a feeling of pride about if I’m happy with my work, but I don’t really care if I never see it again. There are obviously some pieces I would never want to see destroyed, but really I think the physical nature of a sculpture or a video lends itself best to humour and destruction. It’s gotta make me laugh, and it’s gotta be cheap to make because it will disintegrate at some point anyway. And when it does we can celebrate its departure! A song, on the other hand, can last forever. That alone makes me feel like I could cry.

Slumber: On a similar note, I really like your sister, Eva’s, artwork on the cover of Take the Cake–what inspired it and the decision for you?

Maddie: Silently screaming after waking from a nightmare wherein a door opened onto another door that opened onto another door, etc, my mom recommended this essay by Aldous Huxley called The Doors of Perception (1954, so yes it does have some outdated ideas). The essay was not about unending chains of opening doors, but the images in the text were equally as visceral and eerily inspiring. The essay is Huxley’s account of a day on mescaline. The part in the essay where Huxley is brought to the art book section at the drugstore and is forced to evaluate “The Masters’” works really struck me. He laughs at Cezanne’s self-portrait and notes the sheer terror in Van Gogh’s Chair, but what really got me was when he talks about folds in fabric.

Mastery of shadows in drapery (still life, clothing or cloth in a portrait) = mastery of craft, genius

Every day, we can look down at the outfit we chose for the day and we’d be gazing down upon the real deal! The real, ever-changing, shadows and textures that we create for ourselves just by being humans that wear clothes, sit in chairs, sleep in sheets.

Slumber: If you were stuck on a deserted island, you could only bring one album, one book, and one snack–what are you bringing? What’s your reasoning?

Album: Kali Uchis’ Sin Miedo (del Amor y Otros Demonios) ∞ so that I can dance when I’m in the mood, be introspective when I’m hopeless, and listen from start to finish if I need to be transported to a place other than where I am.

Book: Fruits by Shoichi Aoki because a) it was a gift from my sister so it would remind me of her and b) because it NEVER gets old. Who needs words when you could have outfits?

Snack: Raspberries because they’re refreshing and yummy. Great texture with the little seeds plus the soft skin. You could even squish them and turn them into a drink for variety.

Slumber: If you could have a dream release show for Take the Cake–where’s the show and who’s on the bill? And why?

Maddie: I’d organize the show along a wide, relatively calm, shallow river with clear, sandy waters and a winding path. The acts would be performing at various points along the path, but you could sit at the rivers’ edge or anchor a floatation device to stop and watch the show.

Triples, The Effens, Acapulco Gold, Haviah Mighty, and the Rebels de la Soul dance crew from Toronto, Louis Cza The Black Greek God from Calgary, The Deadly Vipers from Detroit, MARGE from Philly, Pool Holograph, and Paul Cherry from Chicago! I’d have Sarah Silverman, I’d have Solange, I’d have Ryan Seacrest be the MC (kidding, I think I’m getting a bit carried away). But some of these acts I’ve had the privilege of either playing with live, or just seeing every time they come to town, or collaborating with, or incessantly admiring from afar. And all of them are what I think of when I think of talent, charisma, and a fun show.

“Anything I create and can physically see, I may have a feeling of pride about if I’m happy with my work, but I don’t really care if I never see it again...A song, on the other hand, can last forever. That alone makes me feel like I could cry.”

Slumber: What’s something outside of music that’s been exciting you or inspiring you recently? Whether that be a quarantine hobby, interest, activity…whatever!

Maddie: While in Mexico, I learned how to handbuild ceramics from the owner of the residency I was attending. Lupe had just had her ceramic vases featured in Vogue Mexico so I felt like I was attending singing lessons taught by Celine Dion, like Micahel was teaching me the Thriller, you know? When I returned home, I immediately bought some clay and started handbuilding more wares. It builds patience and trust between your hands and your brain. I’m really excited to learn more of the science behind the glazing process: there are millions of methods and combinations, but the effects will always be somewhat unexpected.

Slumber: Do you have a go-to party trick? Or a random talent/fact someone wouldn’t know offhand? What is it?

Maddie: This is something I would never, and I repeat, never do at a party, but in the comfort of my own home, I really enjoy whistling.

Slumber: Lastly, what would you say this album is an ode to? That is to say, what did you feel this record was dedicated to or exemplified about yourself, the world, something else?

Maddie: This album is an ode to being confused. 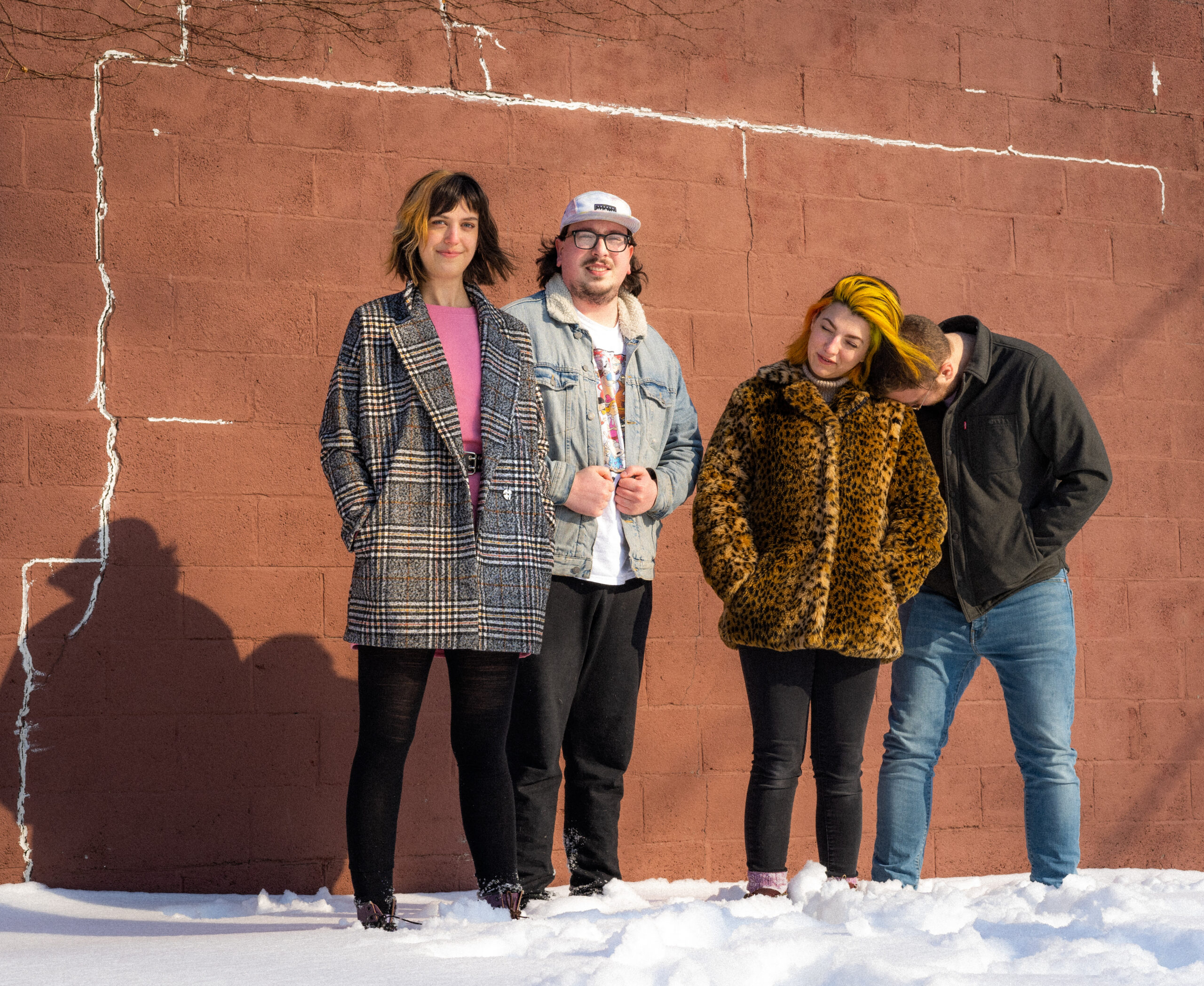 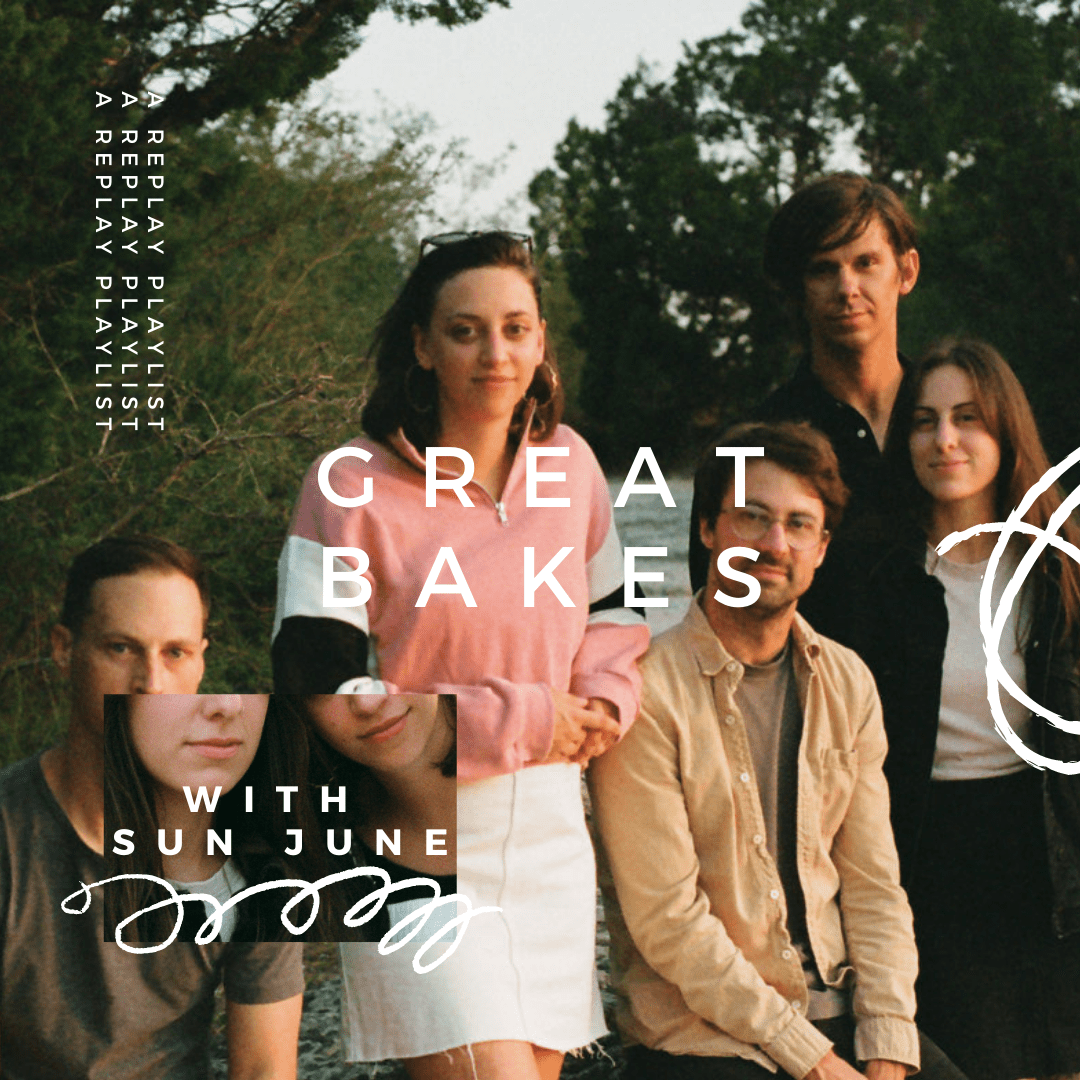 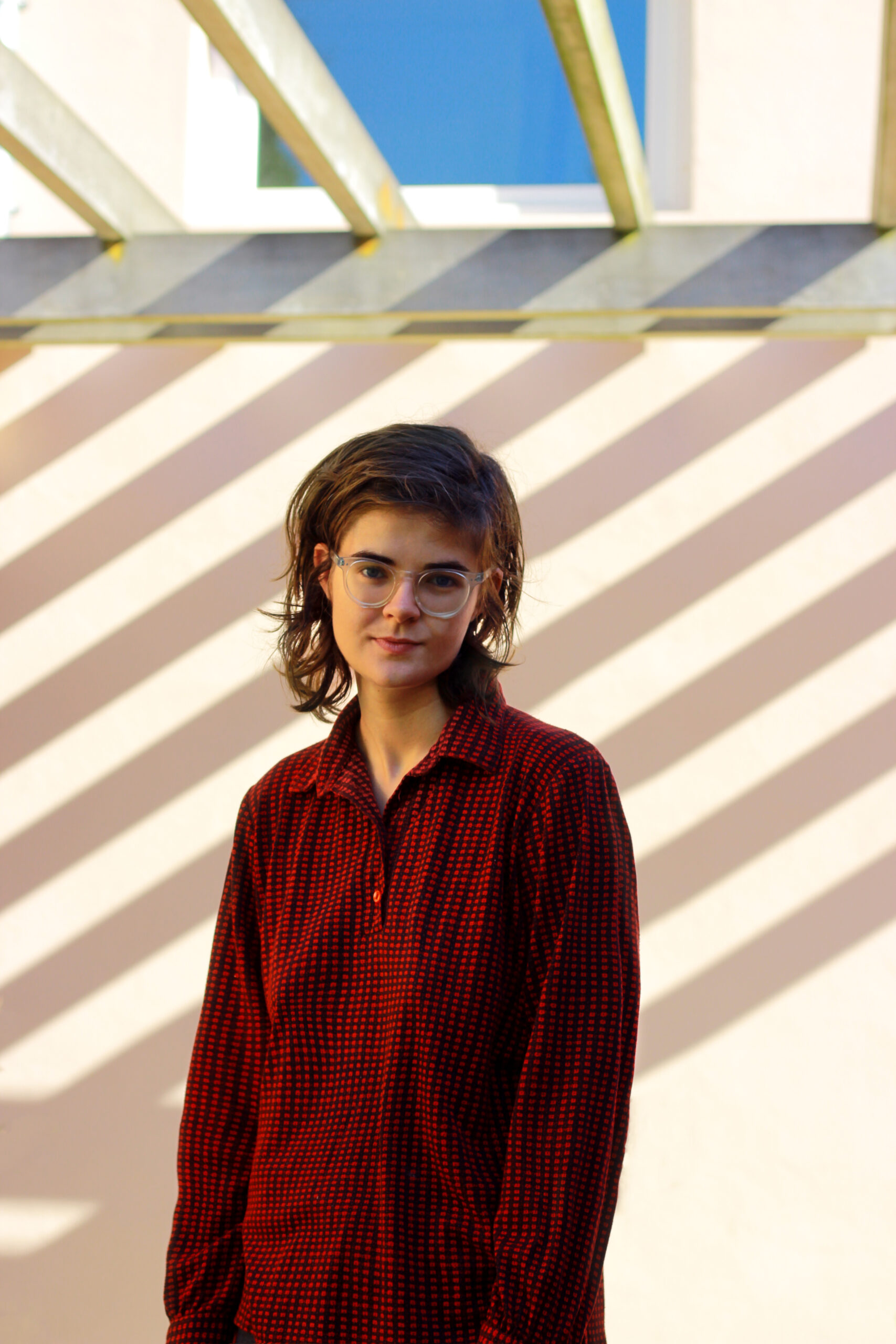