When asked about it, I’ve never known what I’d say to my teenage self were I to travel back in time somehow. There would be too much to say and, at the same time, not enough words to convey it.

Palberta’s now given me the answer: depending on the mode of time travel, I’d just try and sneak my younger self a copy of their recently released album, Palberta5000.

It is February 2021 when I am lying in my bed, in the dark, listening to Palberta5000 for the first time. Much like the teenager I was, I’m going through hard times, though for wildly different reasons. But here comes the album’s first track, “No Way,” and with their voices together, playfully dotted guitar, and hearty bass, its first few seconds convince my face muscles to form a smile. Soon, other muscles were convinced too and I found myself wiggly-dancing.

A few days later, walking around my neighborhood in Hamburg, unusual snow falling and joining the layers already on the ground, there it was again: the smile and the wiggly, mosh-pit-inspired dance. Had anyone questioned my public dance moves, I would’ve no doubt just told them what I was dancing to, urging them to check it out and maybe join me later on the snow-covered park, with the appropriate pandemic-safe distance between us.

“Palberta5000 is everything you could’ve expected from Palberta, but with a spellbinding twist...”

Palberta5000 is everything you could’ve expected from Palberta, but with a spellbinding twist: Palberta say they “were focused on making music that people could not only sing along to but get stuck in their heads” — and that they do! Repetition comes and stays, falling right in line with Palberta’s punk (and now also pop) sensitivities, the result being downright infectious. It also has calmer passages or melancholic turns which, like adding salt to caramel, only add to its balmy sweetness.

It took me right back to dozens of childhood memories — the cheap MP4 player I was unbelievably happy to get for Christmas, my bedroom growing up, the CDs my cousins lent me, or the music my friends and relatives put into said MP4 player (since they had access to the internet).  It took me back to the trusted company of music that is vibrant, with pinches of pale blue when one feels most alone.

“Had anyone questioned my public dance moves, I would’ve no doubt just told them what I was dancing to, urging them to check it out and maybe join me later on the snow-covered park, with the appropriate pandemic-safe distance between us.”

This trip started with a similar feeling to the one back then: listening to an album or a song for the first time, being overcome with genuine excitement, and in some way, knowing from that moment on that it would go on to accompany me down many unexpected roads. I’m sure to be singing along “yeah, I can’t pretend what I want” for years to come, with all past, present, and future versions of me to keep me company. Versions of me who could use some hopeful-and-honest songs to both carry on and deliciously unwind.

Carolina writes and makes music as soft verges and half of the a/c repair school. Raised on a small farm in southern Brazil, she now lives in Hamburg, Germany, and daydreams of waves and trees. 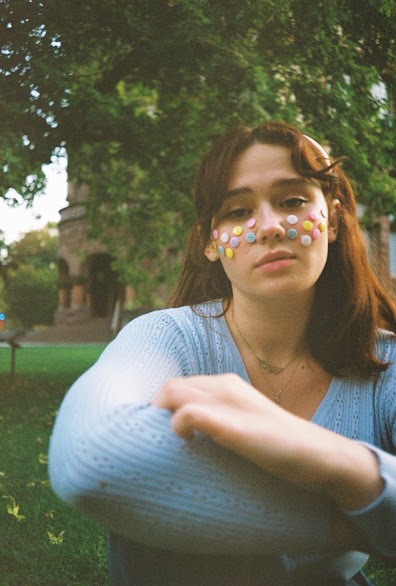 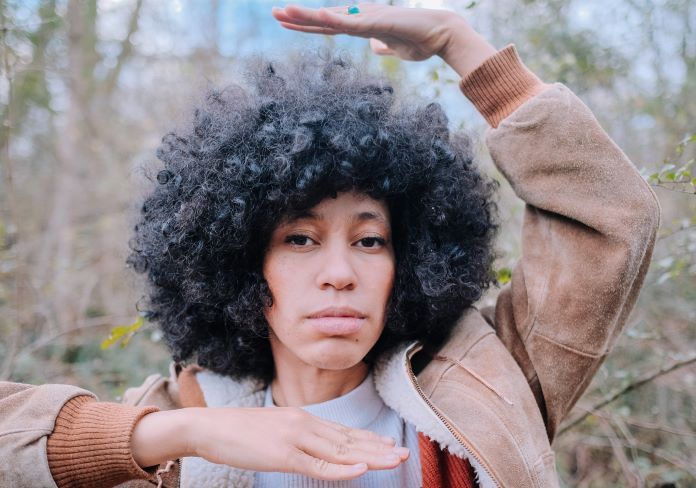