Back in 2021, Babe Corner took a film camera and a camcorder into the studio with them to capture a day in the life of recording. In the lead up to their new single releases set up for this summer, Lindsay Sjoberg ran us through what Babe Corner's recording process looks like (spoiler: it looks like a good time). 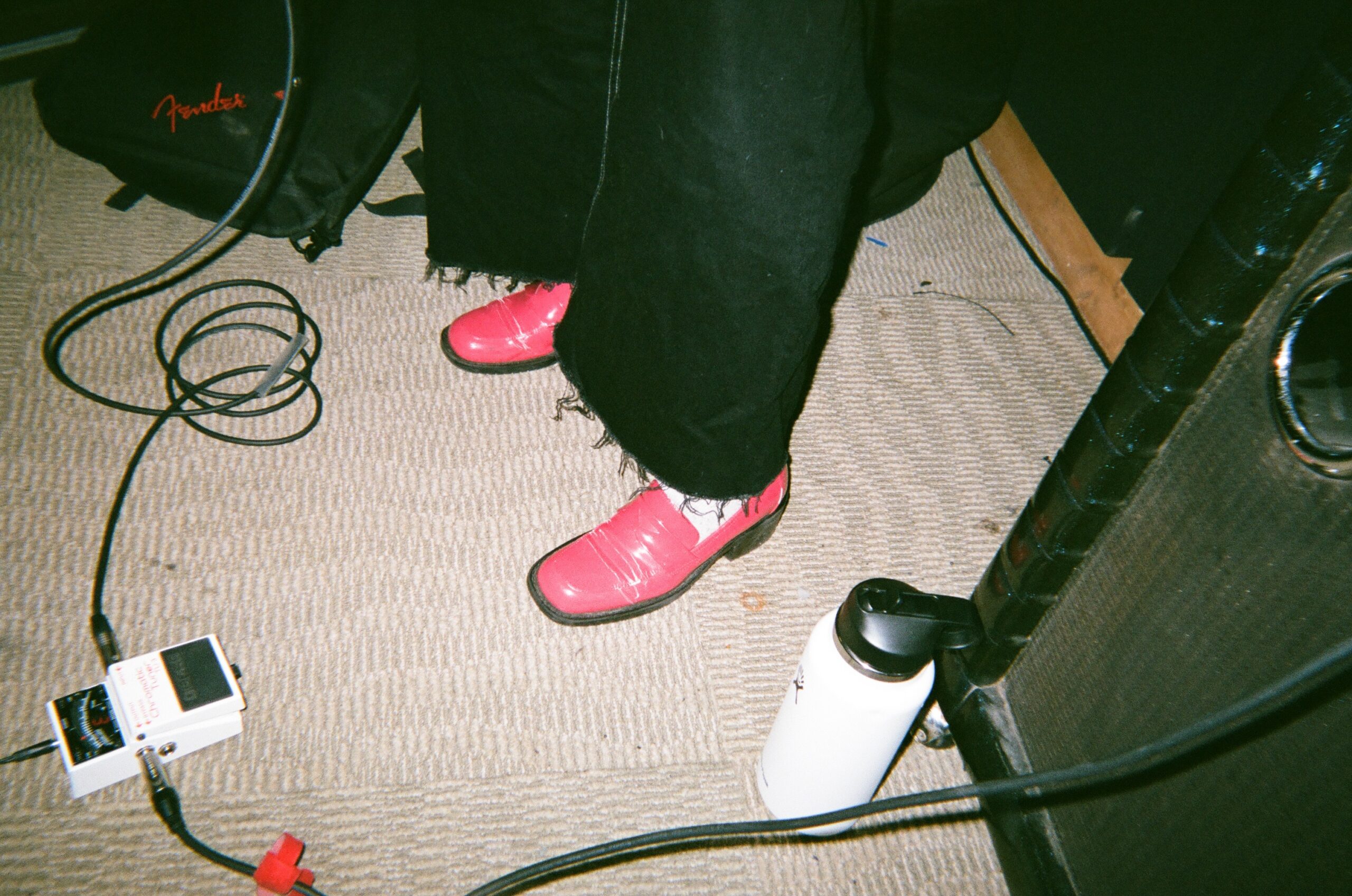 Practice on Franklin street, frantically trying to finish the songs in time for the studio :D rush to the finish line. 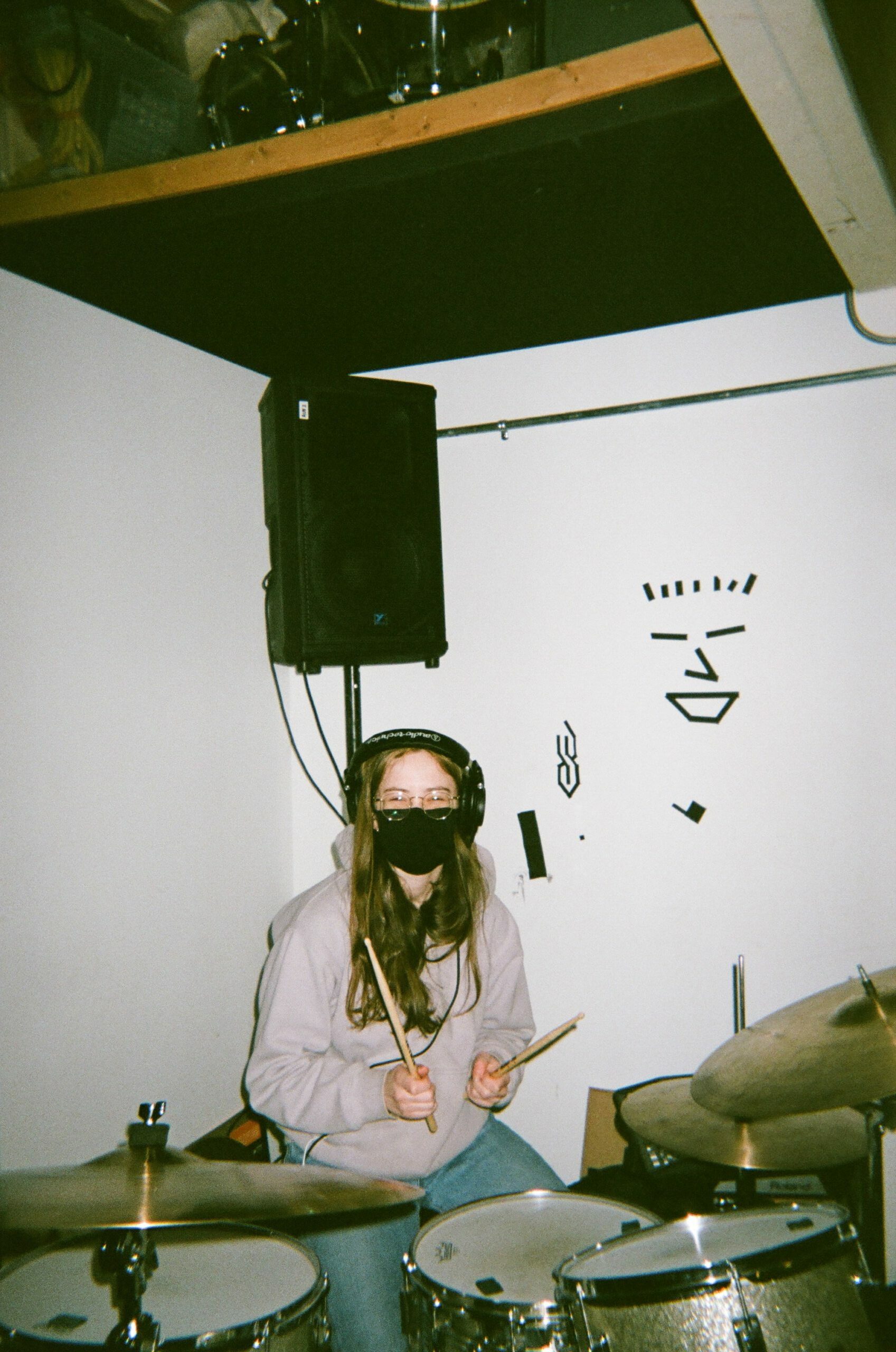 Jess on the drums beside the notorious S. 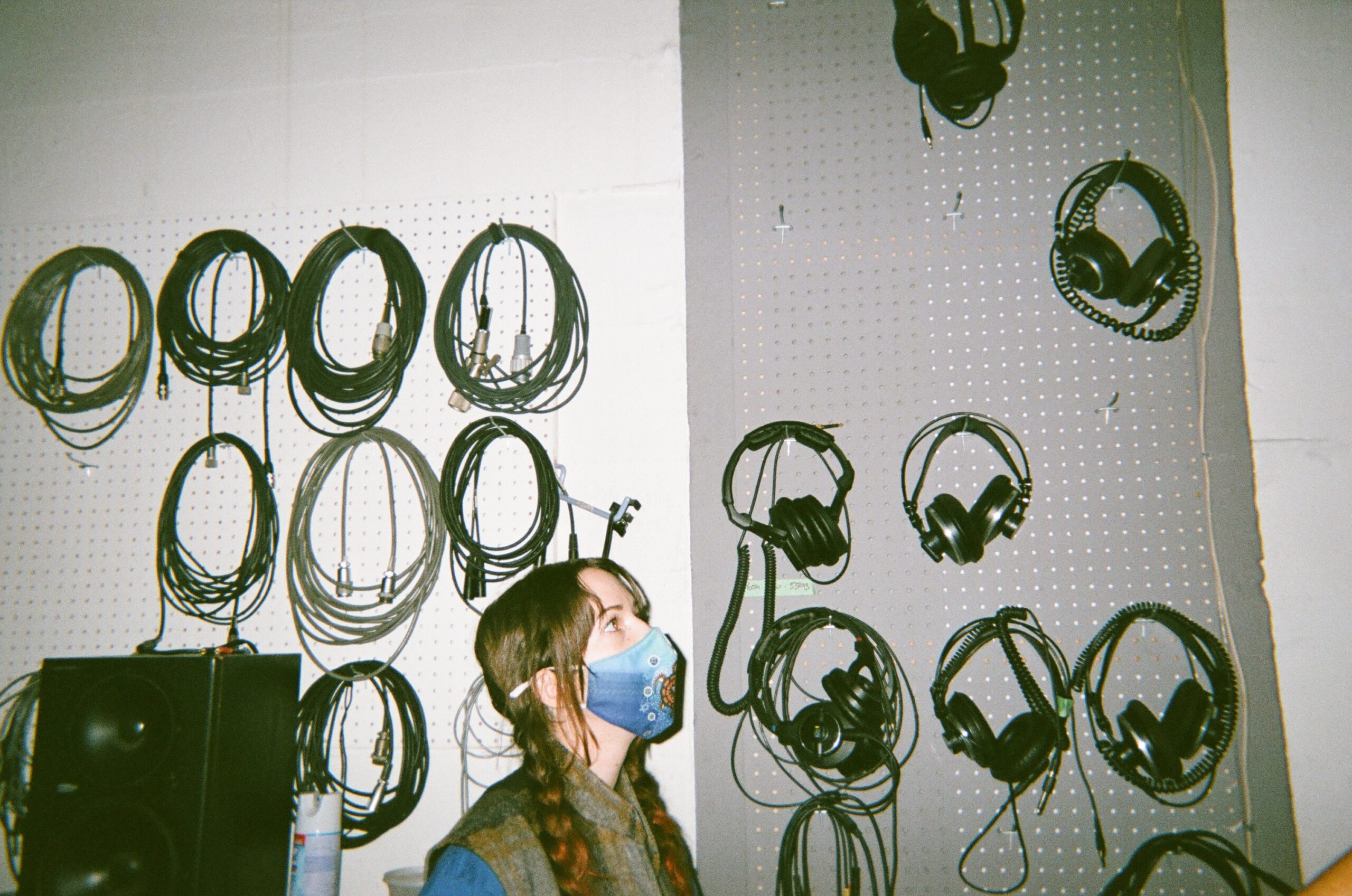 Since recording was during the height of covid in BC, our recording engineer John Raham had an office upstairs and we kept our distance. He would often sit at the top of the steps and chat with us after each song and assess what else needed to be done. It took us 2 years to finally see his face. 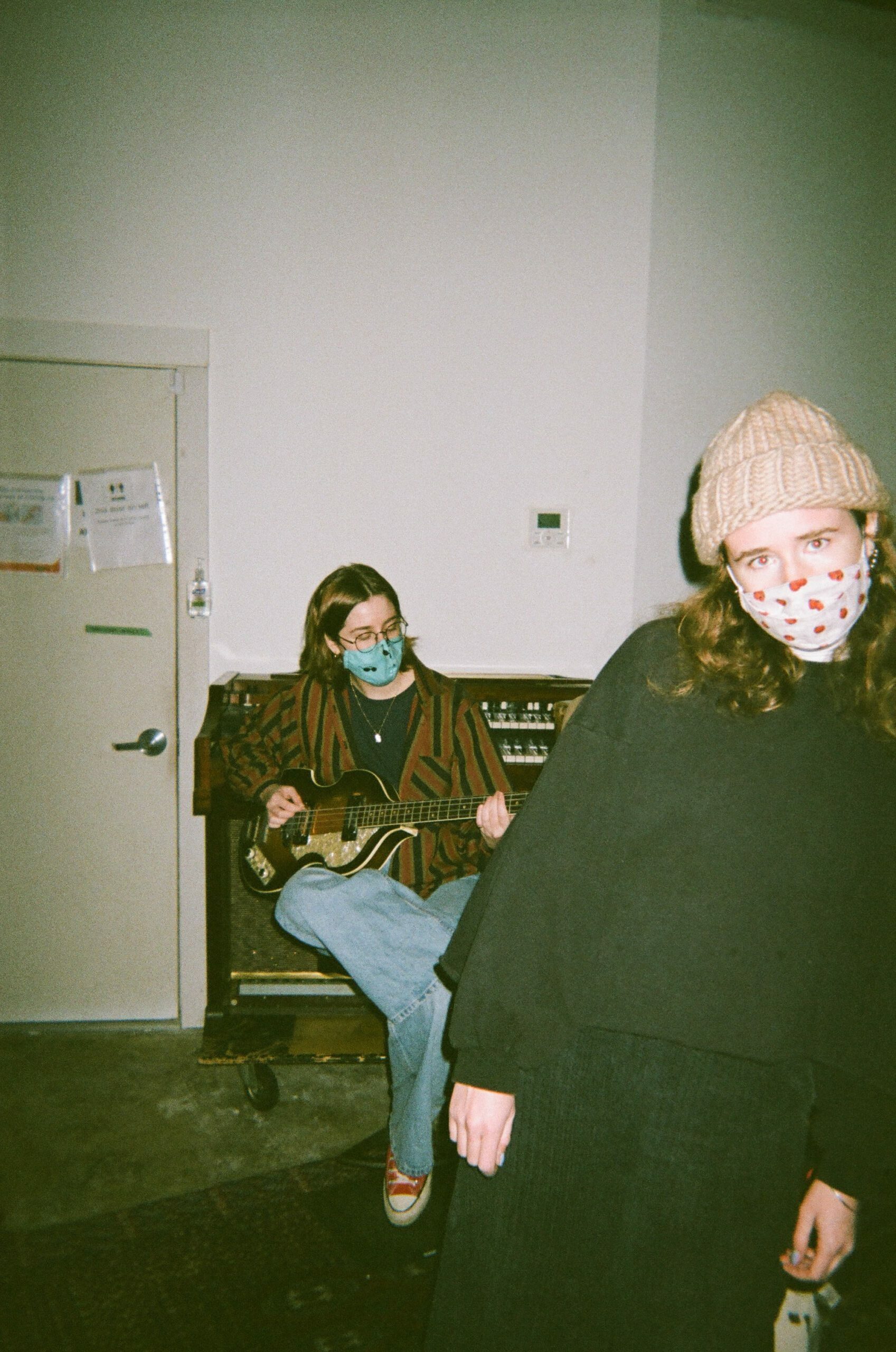 Jess, Haley and Alli in between takes. Haley on the Hofner bass, she ended up playing this beauty on a bunch of songs. 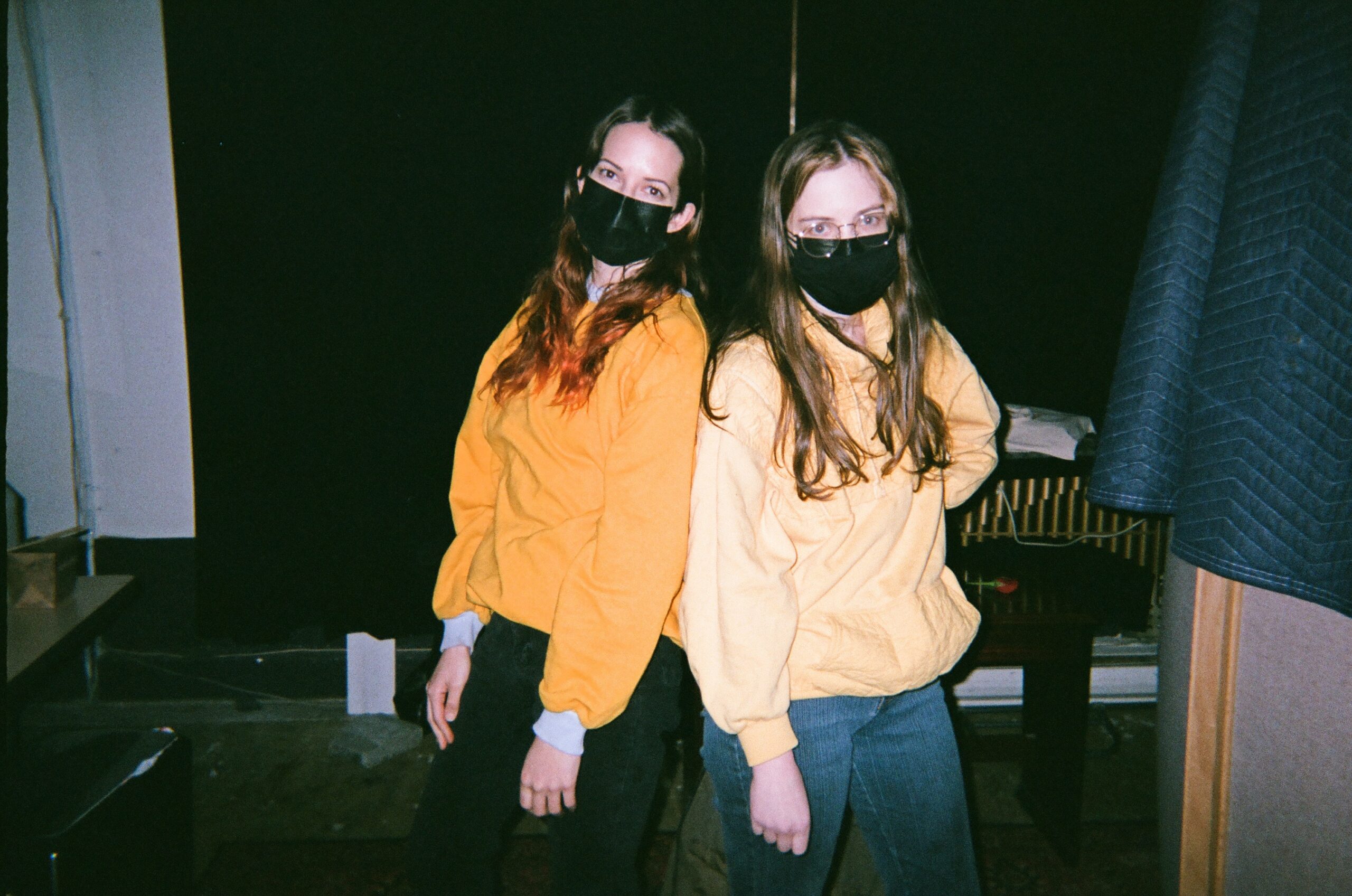 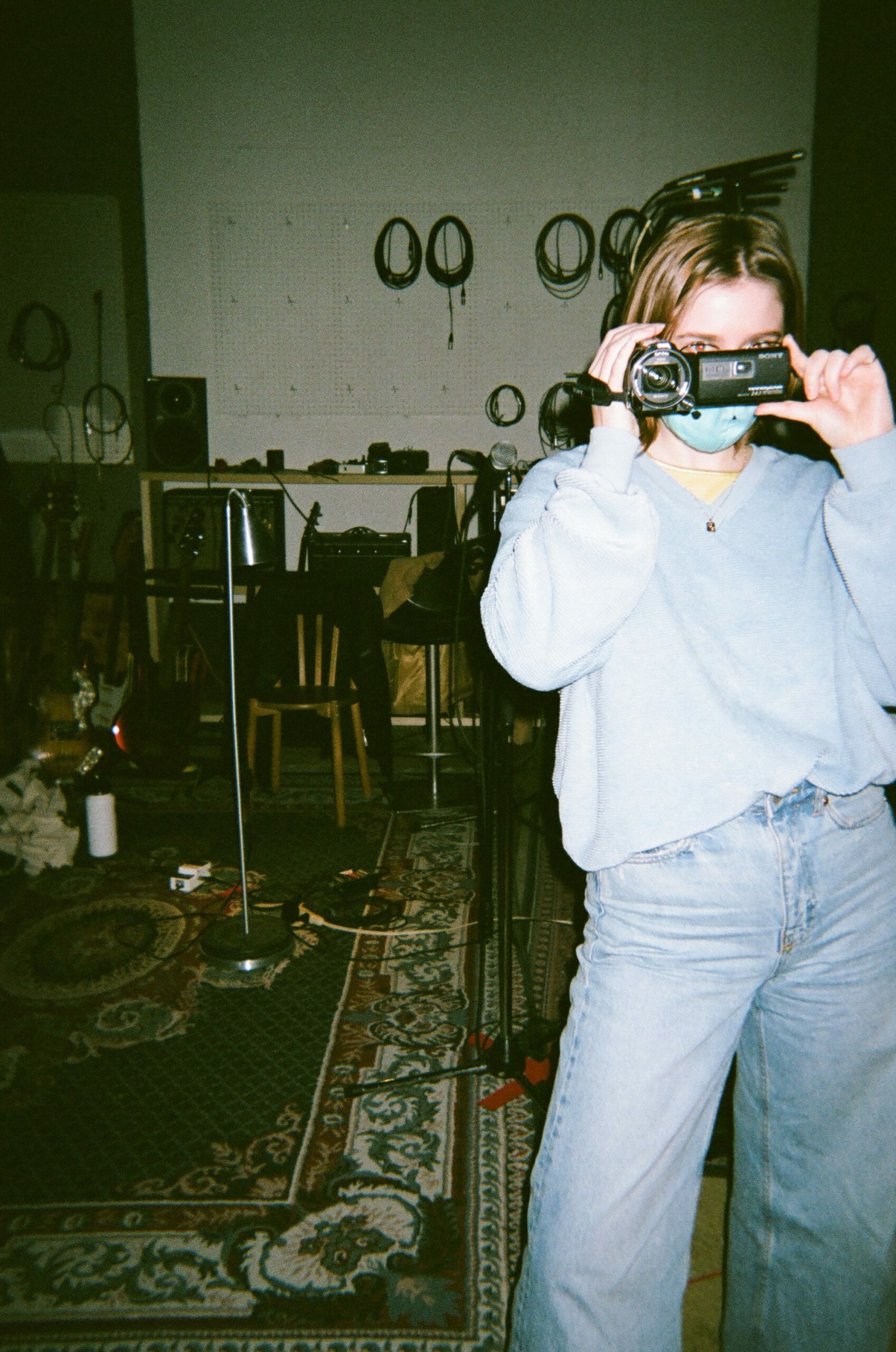 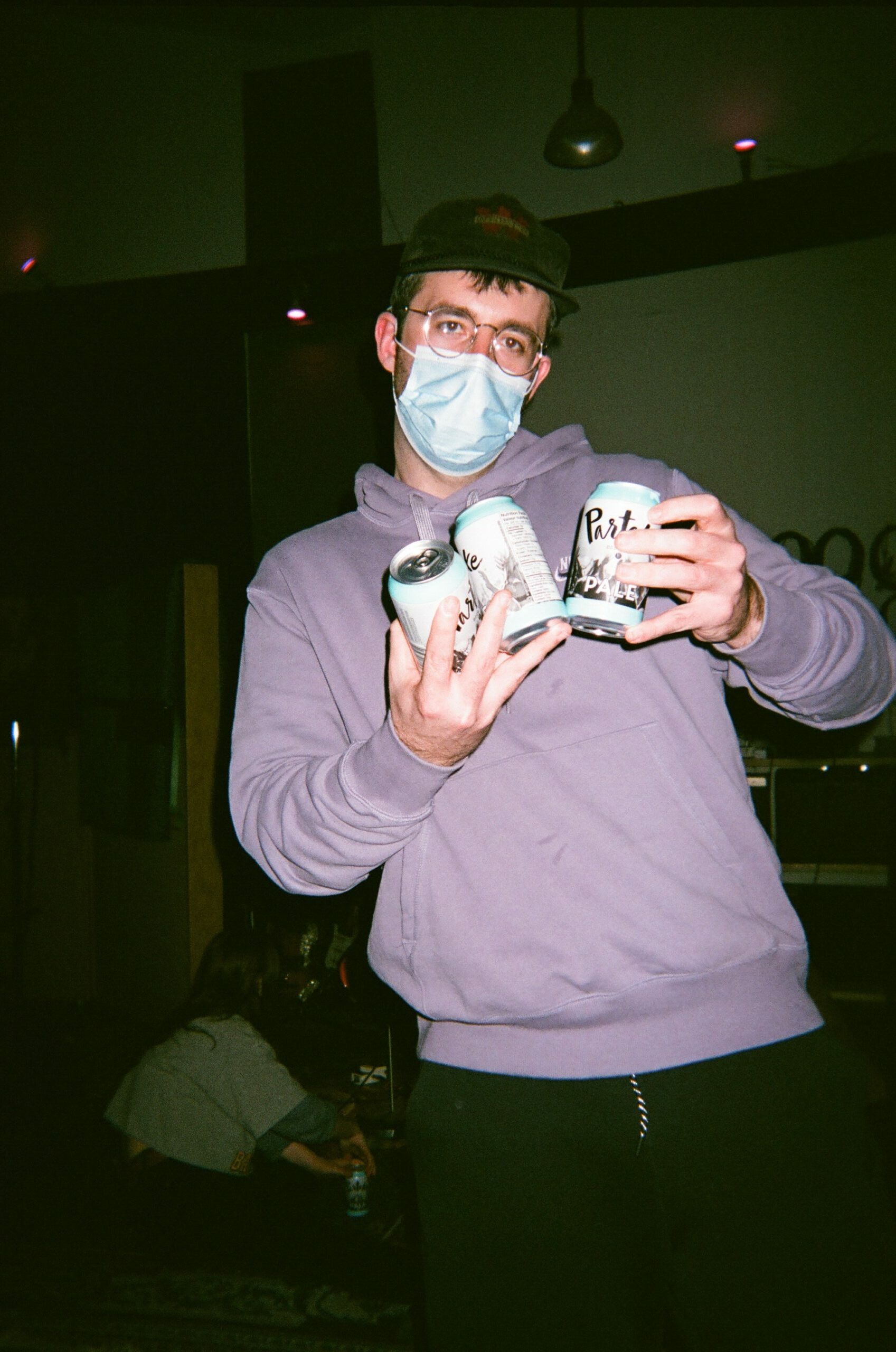 Left: Haley and Alli both brought in their camcorders and shot some fun footage! We put together a little studio vid :) Right: This is our producer and good friend Justice! Lindsay plays in a band with him called Blue J. We were big fans of Partake in the studio - a non-alcoholic beer based out of Alberta! So good and crisp! 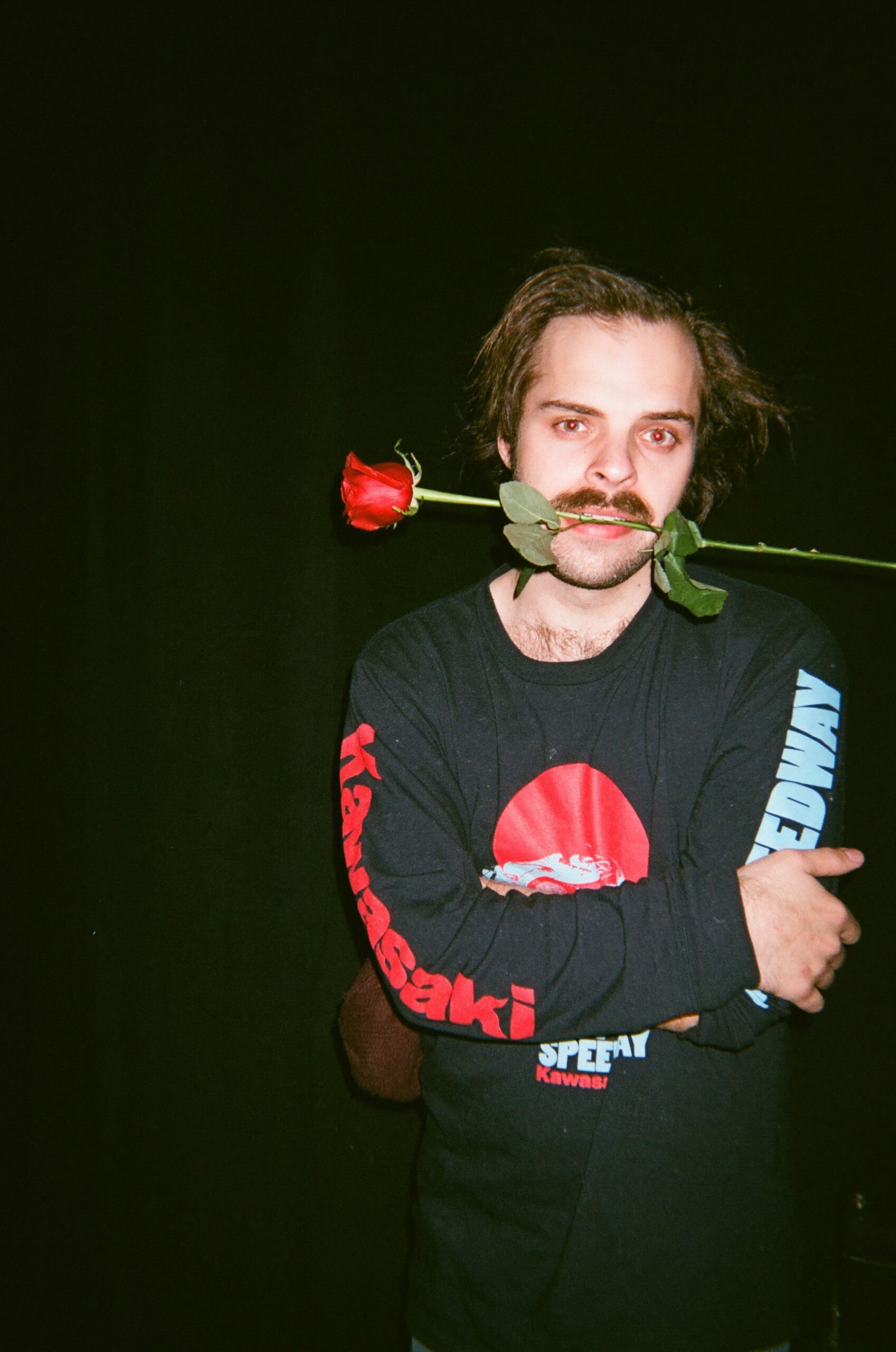 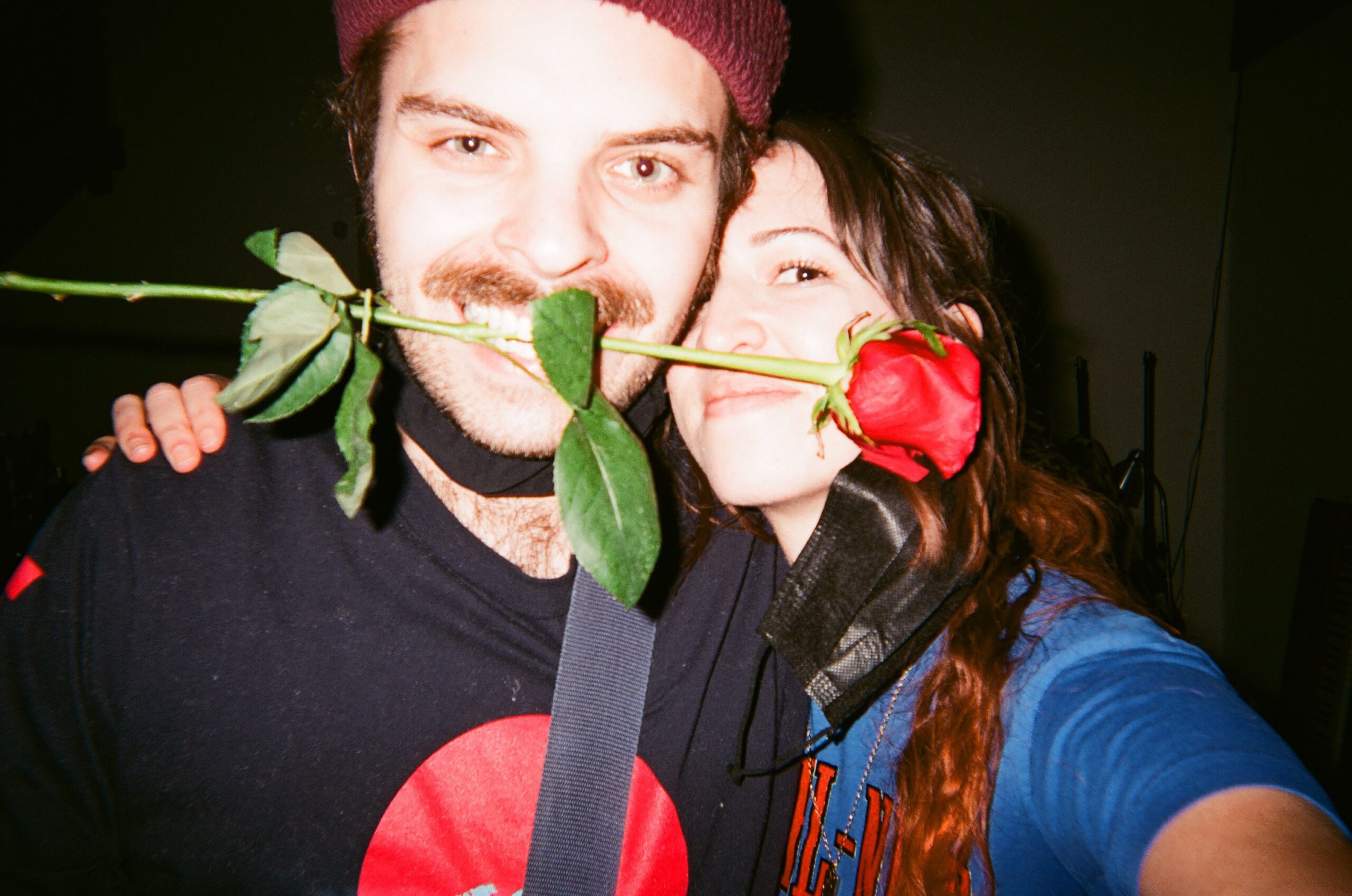 xo feeling grateful for being able to write and record with my best friend <3 Chris helped me write a lot of the songs on the album during our quarantine time. 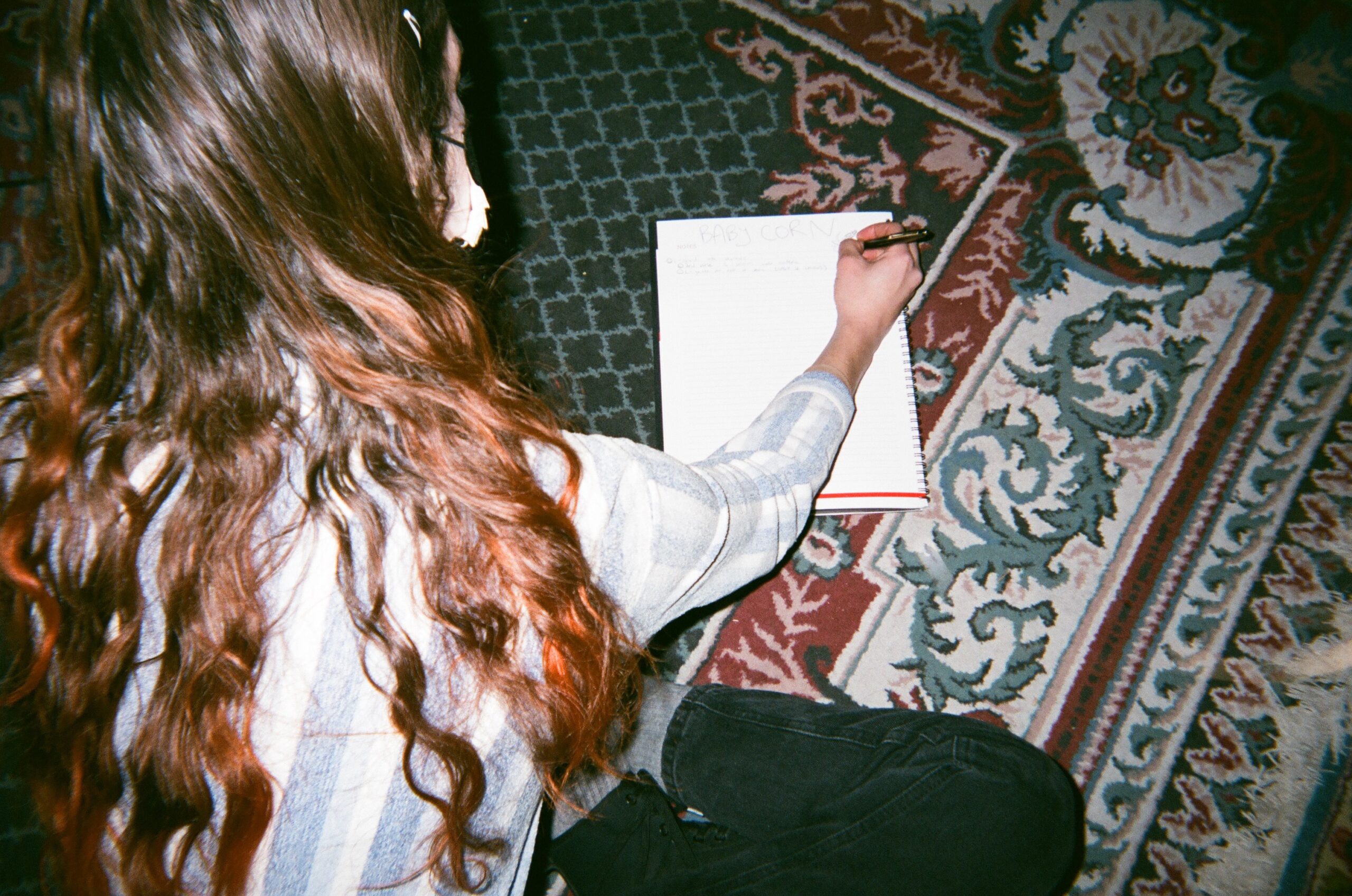 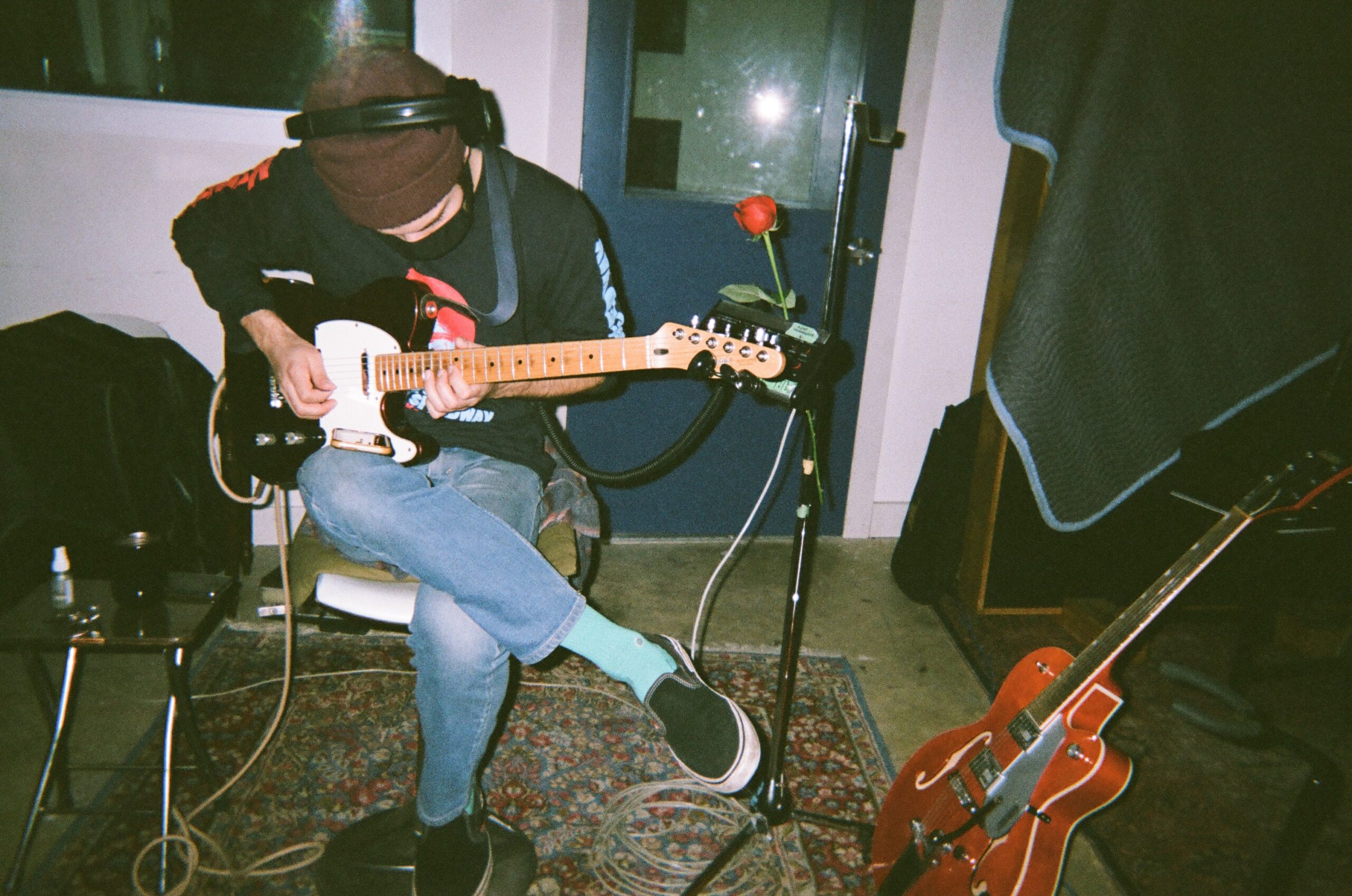 Left: Baby corn Right: Chris with his babies, his tele and gretsch 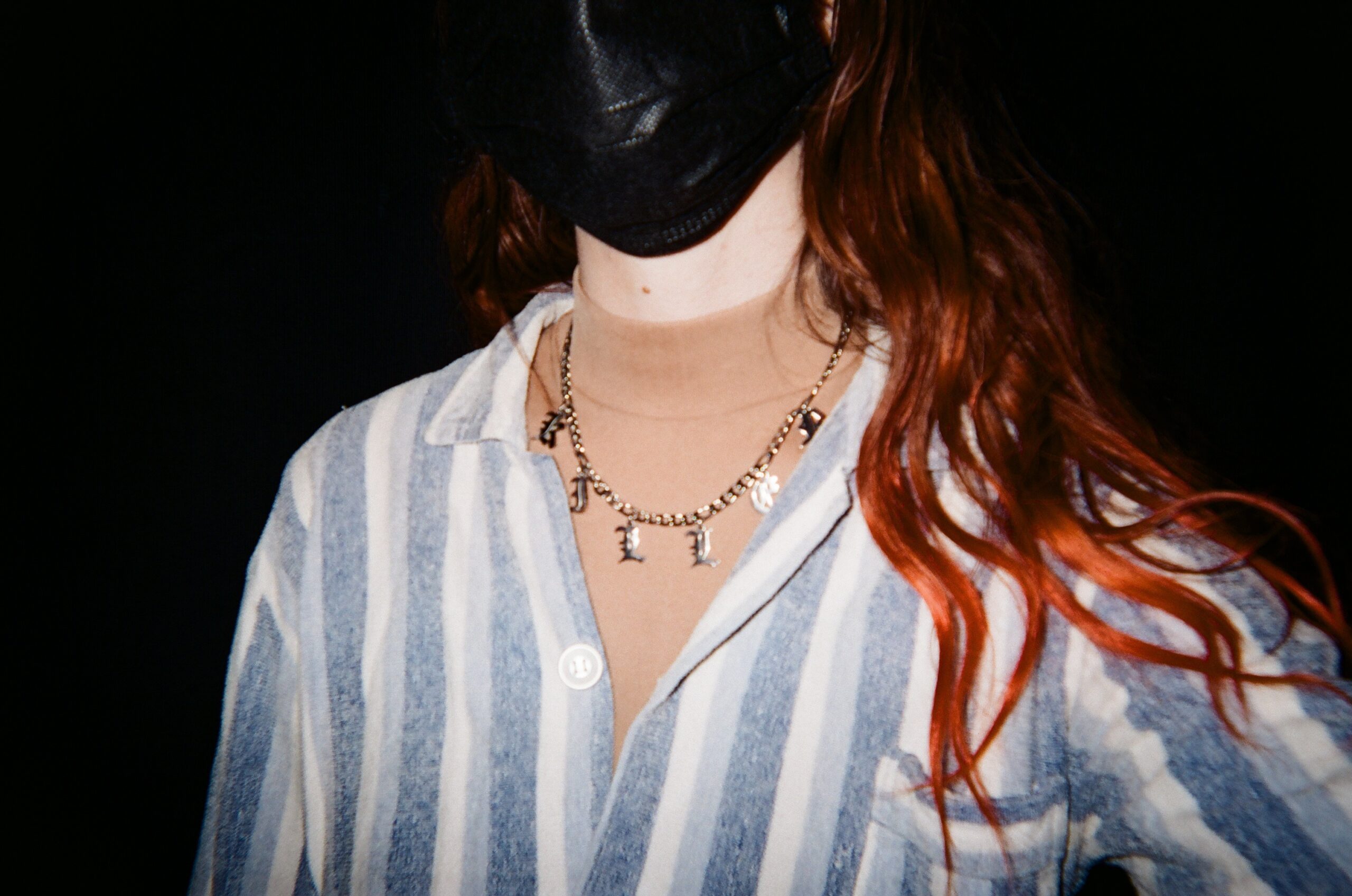 Our good friend Sarah has a company called Newnes! She designed these “Killer” necklaces for us to sell as merch, and this was the first one made <3

Chris on the lap steel for the song “Crybaby” 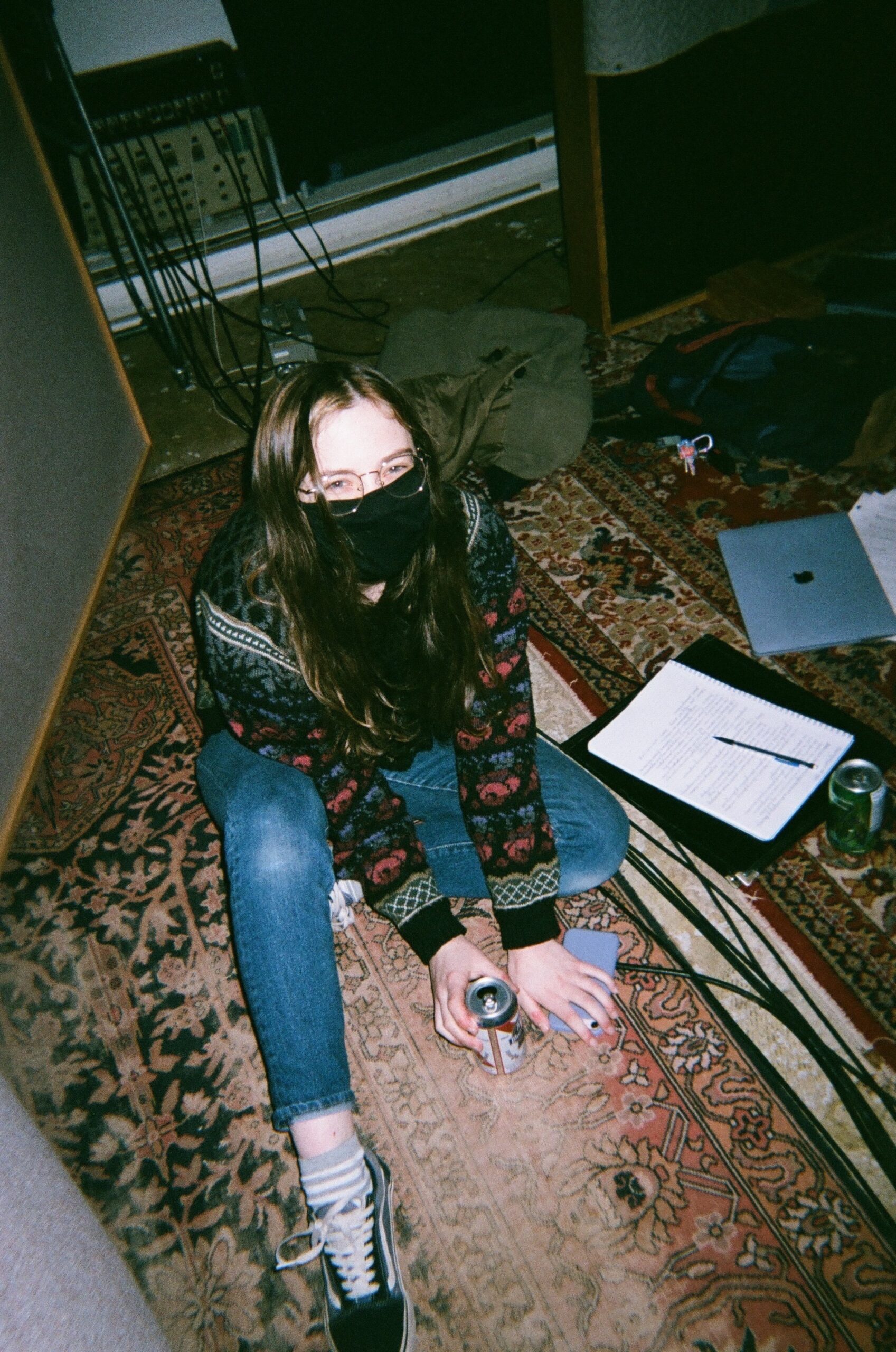 Jess and Justice!! All smiles. Jess was still in school during this studio session so in between songs she’d sit on the floor and work hard to finish her schoolwork while we all goofed off <3 Such a hardworking gal.

Chris on the tambo 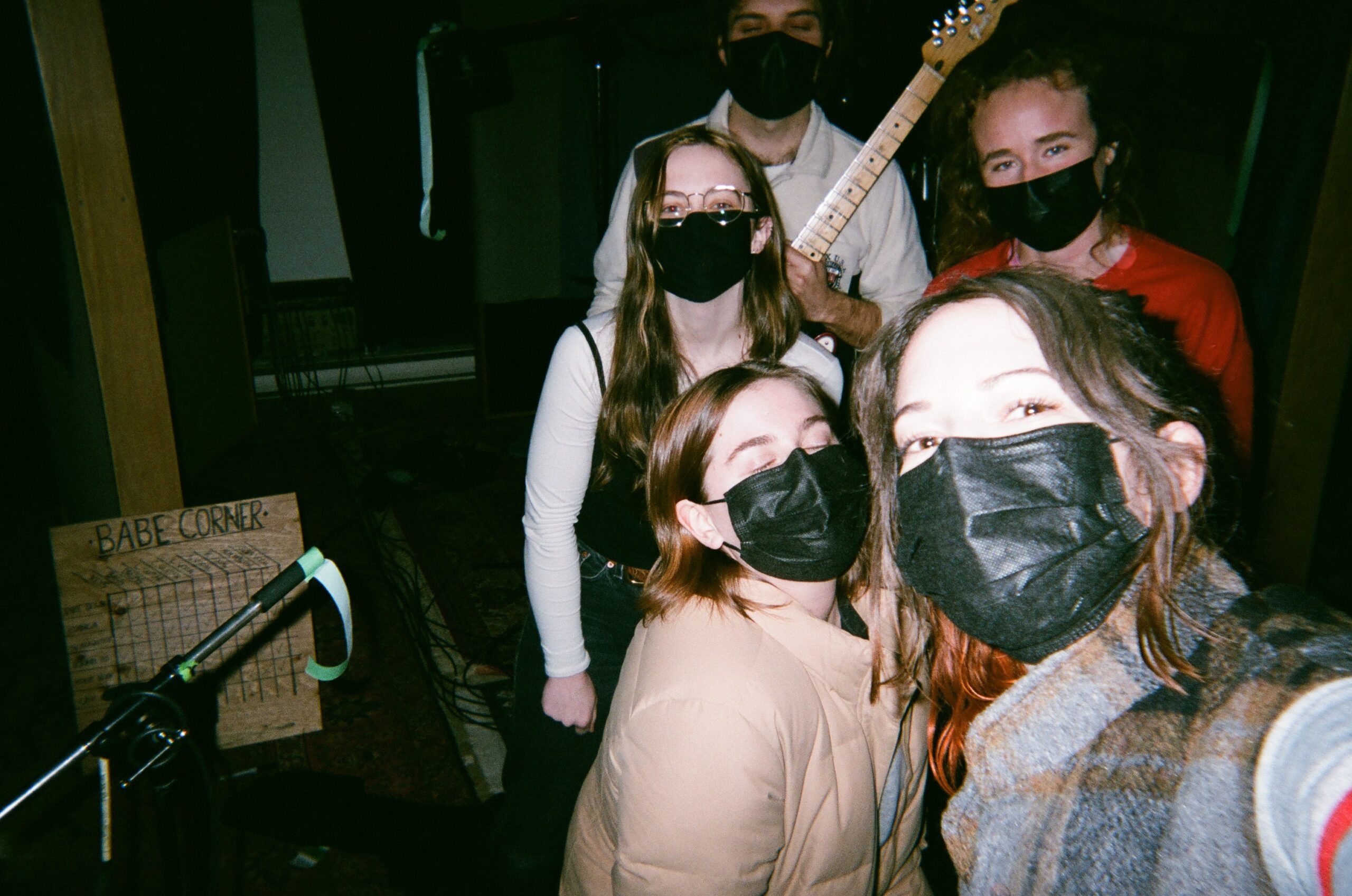 DONE!!!! We finished 6 songs in 4 days. We ended up heading back into the studio in 2022 to finish 4 more songs which were written over the rest of the year. Looking forward to releasing our first singles at the end of summer and our full length album early next year.

See more of Babe Corner’s experience in the studio in their video below: 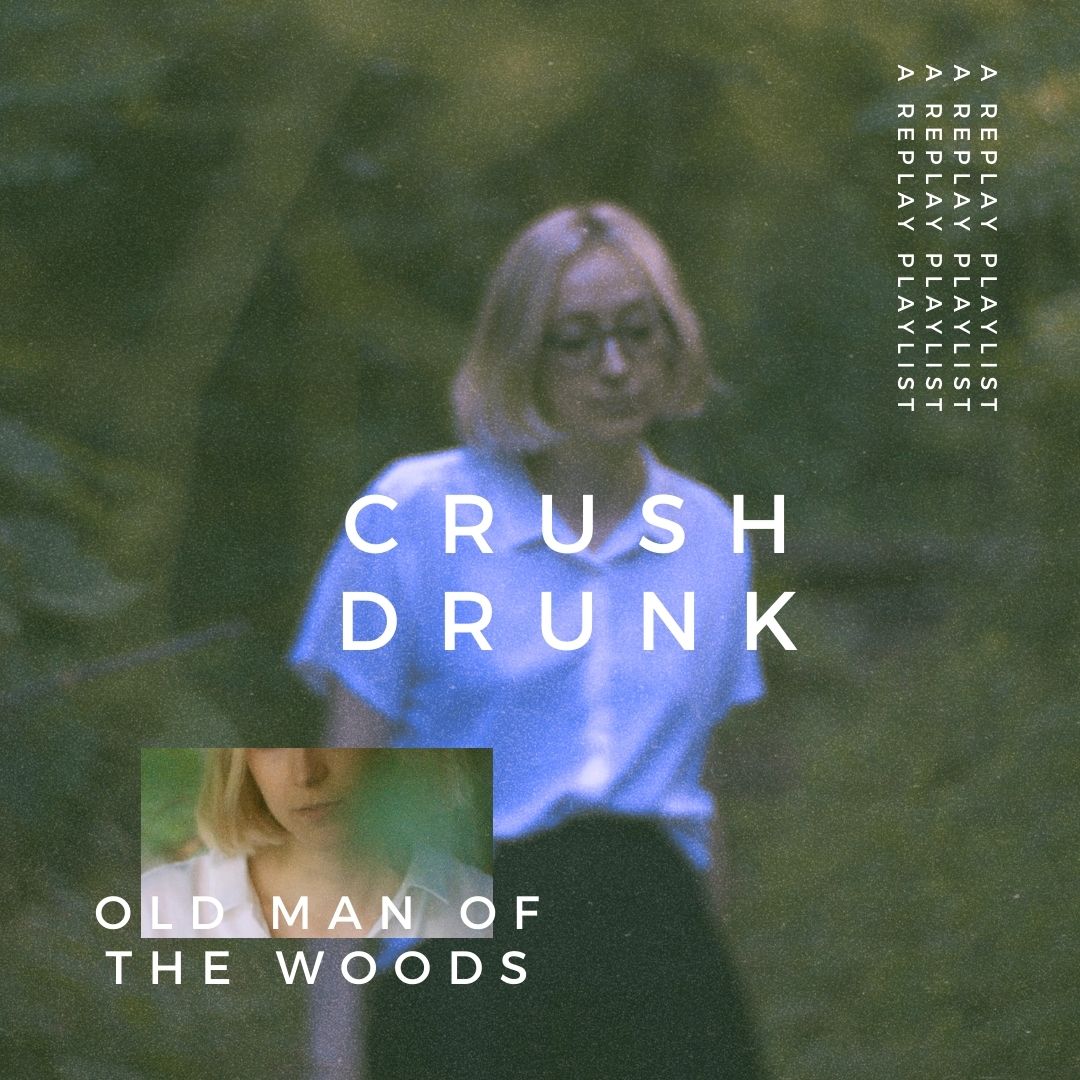 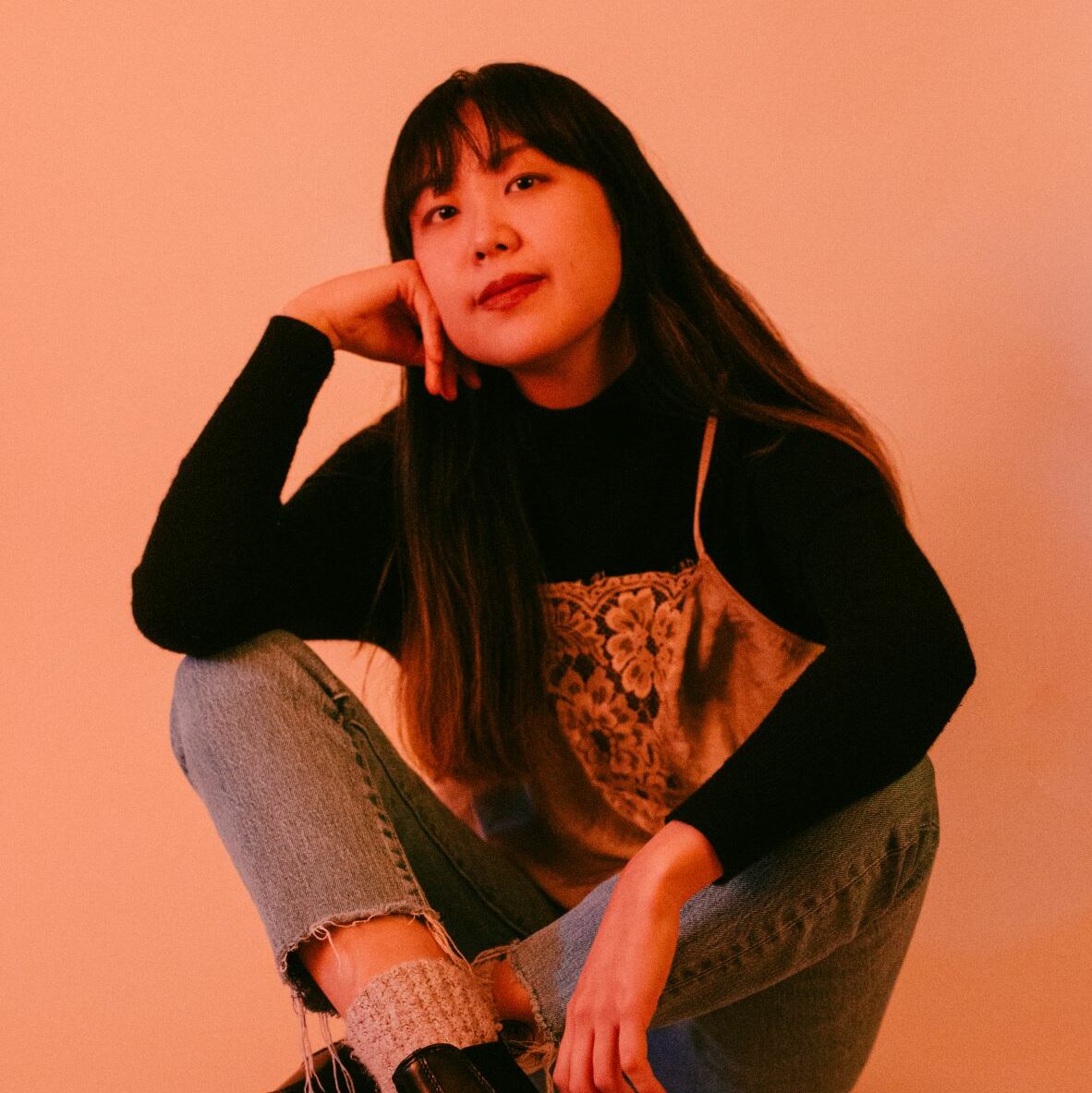 Pictoria Vark on collaboration, community, and her new album The Parts I Dread 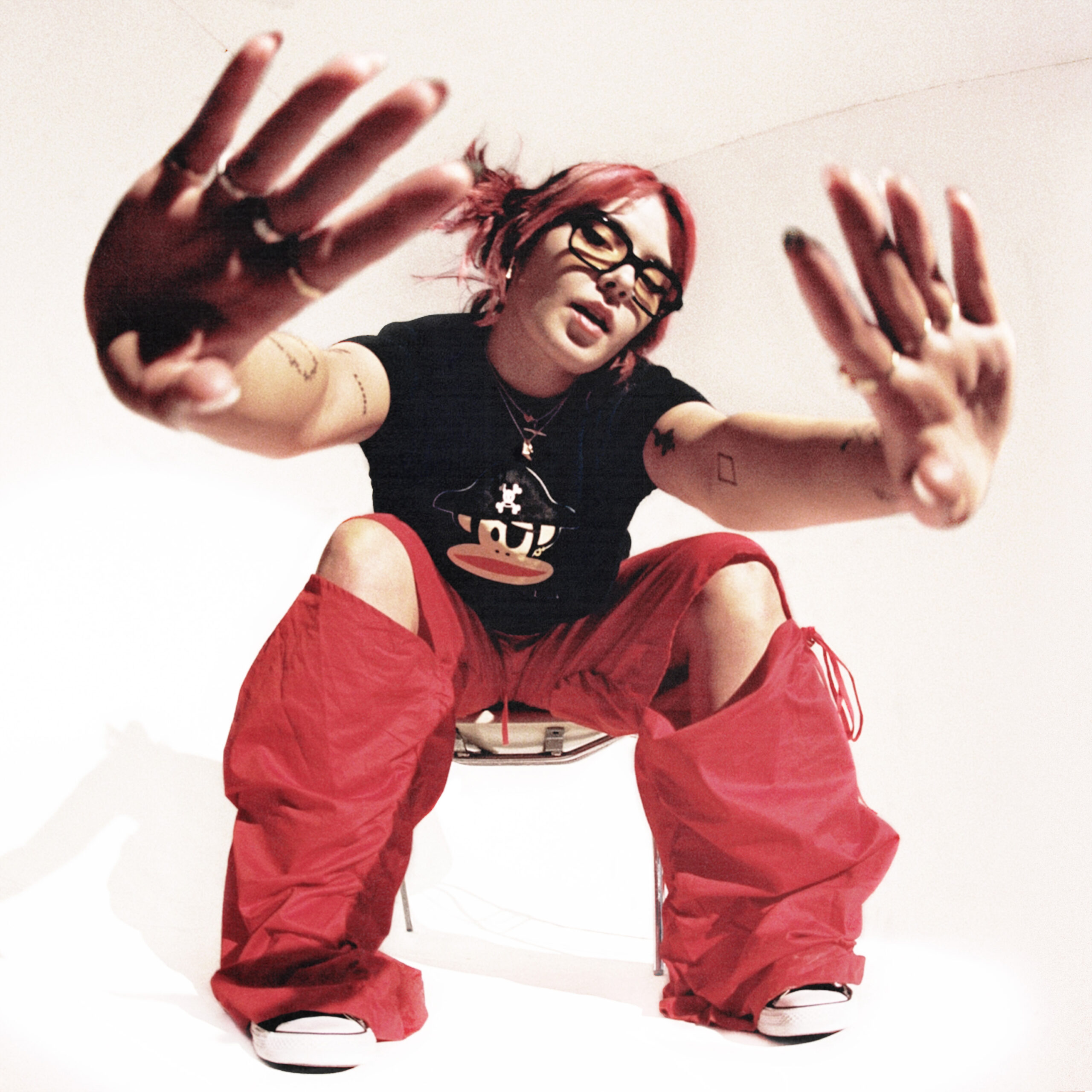