Georgia Harmer on nostalgia, community, and her debut album, Stay in Touch

Georgia Harmer says that if her debut record Stay In Touch had a tote bag, it would be filled with love letters, sunglasses, and a large Nalgene water bottle. She says there would be a journal too, then quickly doubles back and settles on a waterproof disposable camera, noting that the record wouldn’t be so introspective in the moment.

The disposable camera makes sense–Stay In Touch, out April 22 on Arts & Crafts, is too grounded in movement and retroactive appreciation for the hazy sweetness of memory to be captured in quick jots. It’s an ode to the effervescence of the late teen years–a patchwork of idyllic recollections of friendships, first loves, and ephemeral post-graduation bonfires. The record pulls from Harmer’s musical upbringing and varied conscious and subconscious inspirations, from Feist and Land of Talk to The Killers, and navigates a range of genre influences from folky sentimentality and jazz-tinged pop to the shoegaze-y blur of standout single “Austin.”

Harmer spoke with Slumber Mag writer Emma Bowers about the making of her record and the inspiration behind the songs.

Georgia Harmer: I love talking about recording choices because a lot went into this record and I made it with a group of friends. It was my friend’s first time engineering, and we all co-produced it together. It was very DIY, we did a lot of it in my house during the pandemic. We recorded “Talamanca” with my friend Ben Whiteley, who plays in Julia Jacklin and The Weather Station’s bands. We were kind of stuck on the arrangement, so we scrapped the original idea and re-recorded it with just me playing a nylon string and my drummer Julien just hitting the kick drum. Ben came over and started playing chords and harmonics on the bass over it and it ended up becoming the whole backdrop for the song, kind of this synth-y, ambient sound, but it’s all bass. That was really exciting, to get to arrange that with him and create that world that we had been missing in the original recording.

That song is about going through my memories, so I wanted it to be really glowy and warm, because it’s also about Talamanca, in Costa Rica. I feel really proud of the lyrics because they came really easily and poured out in one day, and sometimes I think those are the best lyrics–the ones you don’t go back and edit. 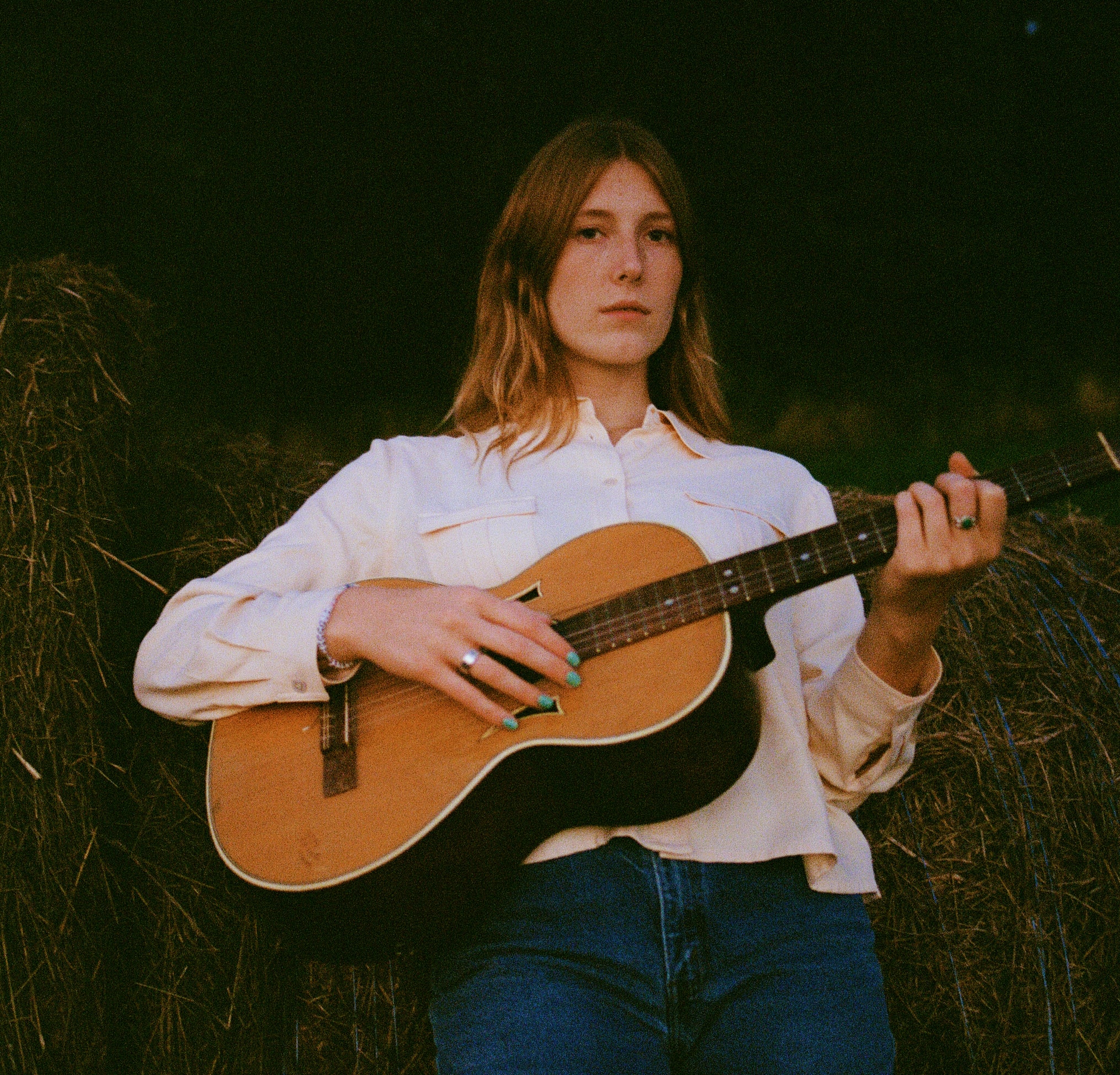 Georgia Harmer: “Headrush” was really fun to record, we just did it live off the floor and then layered a bunch of synths and backup vocals and some guitar feedback. It happened really easily, just like “this is the foundation and we’re just going to add and add and add until it sounds as lush as it’s supposed to.” I also wrote this song about a memory, which is of my friends at a friend’s cottage, we went up one summer with like eighteen of our friends. It wasn’t too long after we graduated high school so there was a cluster of us who were still really close, and I remember knowing that it wasn’t something that was going to last forever and I wanted to preserve it somehow and so I attempted to with this song. It’s really fun to play live.

Georgia Harmer: I was just sitting in my parent’s attic playing this bass line for two hours, like, crying. In a really good way though, in the way that it was just letting me think about things and then I wrote the song not too long after that. It started with the bass line as a therapeutic thing, not even in a super hyper-emotional way, just in a letting myself cry way.

Georgia Harmer: I was on tour and we stopped in Austin and I was reminded of my Dad’s experiences as a touring musician and he told me to go to this barbeque place, and I went and was just really reflective. My Dad plays lead guitar on this song, I play all the rhythm and he recorded it in my family’s dining room. I was drawing a lot of inspiration from Feist’s guitar playing, she really digs in and it’s just so cool how she’s such a killer guitar player–almost as if it’s secondary to the fact that she’s a crazy songwriter and singer.

All In My Mind

Georgia Harmer: I wrote it when I was in university for one semester and then promptly dropped out. I wasn’t in a very good place mentally and I was finding it very hard to care about school at all, even though it was a great school and I was learning about really cool things. I think I was really dying to make music, I had a lot to process and I was angsty and I wrote that song. I wrote a lot of songs while I was there, almost as a distraction, and I was realizing that’s what I’d rather be doing with my time. Quickly after that, I got a job as a backup singer, and I did that for about a year before I got back to my own songs.

Georgia Harmer: This was the last song I wrote before recording the record. I did a bunch of takes of it, and I was having a lot of trouble. My friends noticed that I wasn’t quite comfortable, they were really cute and lit a bunch of candles around me and turned off the lights and my friend Jasper opened the door to the studio just a crack. It was December so it was snowing outside, and we could hear the streetcar going by and I did one take in that zone and that was one that we kept. In the recording, you can hear the cars going by.

Georgia Harmer: This was live off the floor, it’s the vocal take from the live session that we did. We were working in this small studio for overdubs and writing sessions and for some reason we decided to bring the full drum kit and our whole live set-up into this tiny room and see what happened. I was literally singing beside Julien, who was playing drums, so Howie Beck who mixed it – I don’t know how he did it. We gave him a puzzle and he solved it.

Georgia Harmer: I rewrote the lyrics to this song so many times, which I don’t usually do. I was like “What is this song about and why does it need to exist? Because they don’t always need to, but this one felt like it wanted to.” We called it ‘the 80s banger’ at first, we wanted it to be like the credits of a John Cusack movie. I solidified the lyrics and we loved playing it live, so we decided to put it on the record. The recording was also pretty live off the floor.

“I think I was really dying to make music, I had a lot to process and I was angsty...I wrote a lot of songs while [at university], almost as a distraction, and I was realizing that’s what I’d rather be doing with my time.”

Georgia Harmer: There’s a writer called Claudia Dey who wrote books called Heartbreaker and Stunt. I actually babysat her kids for a while, but she is one of my favorite writers ever. A line from her first book is “tell me I did not misinterpret love” and I was so inspired by it that I asked her if I could write a song using it, and that’s where the chorus of “Go Soft” comes from. I was just very, very moved by that book and her writing really inspired me.

Georgia Harmer: My friend lost a parent and I was feeling very sad about that and wanting to help, but knowing that you can’t really help someone through that kind of thing I just didn’t really know what to do. I’m a very nurturing person and I want to care for people always–especially when they’re going through difficult things–and sometimes it gets to me when I can’t make something better, so that song was my attempt at trying to.

Georgia Harmer: I wrote it walking home from a party as the sun was rising. I was thinking about being wanted, and being seen. At the time I was really focused on how I was being seen and what others were thinking of me, and when I was writing this song I was thinking about how that takes away from the experience of seeing and how difficult it is to experience things from your own perspective when you’re constantly worried about how you’re coming across. It can stop you from understanding things yourself, and that’s what this song is about–being able to sit in the feeling of loving and enjoying things and people and experiences without needing that love in return, the experience just being enough.

Slumber Mag: What is the DIY scene like in your local area?

Georgia Harmer: There’s a lot of people around me in my larger community who I’ve been so inspired by musically. I actually just went to Mexico recently with one of them, Katie Tupper, who’s also signed to Arts & Crafts. She’s from Saskatoon, I have a bunch of friends making music in Winnipeg. A bunch of them moved to Toronto briefly before the pandemic, so we met, played some shows together, and then they left – but that’s now quickly coming back together. My friend Dylan MacDonald, who goes by Field Guide, he’s a big inspiration to me and was a guide to me in the indie music scene when I was starting out. My friend Kyla Charter, who also sang backup with me, she just released a record on Bandcamp and it’s really great, she’s very inspiring to me. The people in my band are also in a lot of these other projects, and everyone makes music with each other. People are kind of scattered, I loved living in Toronto before the pandemic because it felt like a hub.

Slumber Mag: The record feels like such a love letter to the people in your world and is so grounded in your love for your family, friends, and your community and trying to be present with it all. I feel that it comes across in a way that’s not so focused on sadness, but more in this balance of nostalgia and presence that leaves more room for levity and joy. It’s really refreshing.

Georgia Harmer: It’s interesting to hear that because I was very sad during the writing of so much of this music, just in the way that you are when you’re growing up and grappling with how to be a person and how to have a brain. It’s really nice to hear that that’s what came through because ultimately that is what was under the surface of all of that.

Slumber: What was the process like going from working in another band as a backup singer to coming back to your own music like?

Georgia Harmer: I was feeling very lost, and still kind of holding on to the people and friends I had from high school and before I went on tour. I was feeling like, “Oh god, what’s next?” and I had so many things I wanted to do but didn’t know how. Then I met Dylan, Julien, and Jasper, who were the three other co-producers who played on my record. Also, my friend David played on it too – but those three were the first people I met. They heard my songs and were so careful with them, I could tell the songs meant a lot to them too. It felt like they understood them and wanted to serve them and help them come to fruition, really understanding how I wanted the songs to sound. 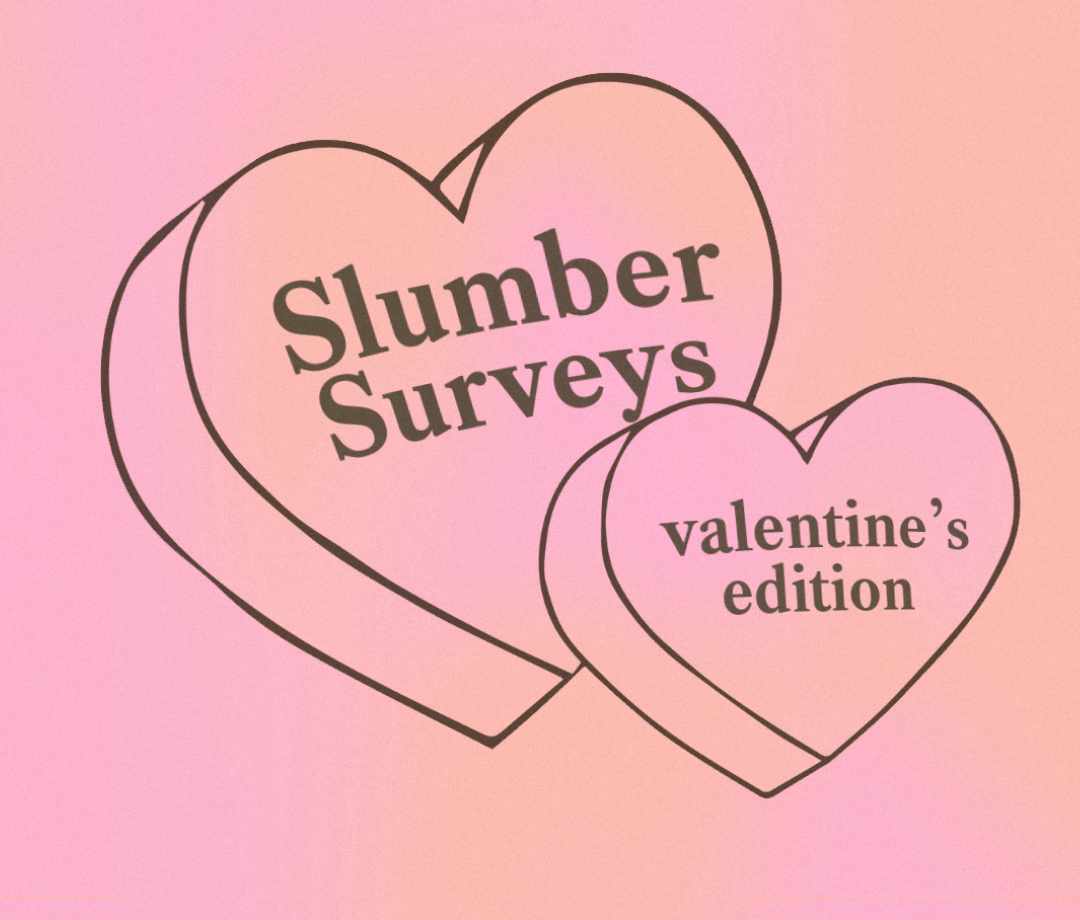