There are few bands out there who’ve consistently made me think as well as feel, and the band who’s done that most consistently is, far and away, Lightning Bug. Emotionally taxing and musically challenging, Lightning Bug’s records have a way of drawing me in like quicksand; there’s truly no escaping. But instead of wriggling my way out, I’m ready to be completely enveloped, much like I am with every listen of A Color Of The Sky.

Written with the pen of Audrey Kang and the instrumental engineering of Logan Miley and Kevin Copeland, A Color Of The Sky offers a clarity felt all over. As each track blossoms into its own symphonic movement, gradient soundscapes emerge from the introspective headspace where Audrey Kang creates. The emotions flow like currents powerful enough to scare me at first, with a vivid honesty that requires me to embrace my own vulnerability. Kang’s archaeology of the self is so beautifully staged with colorful instrumentations that oscillate between ambient and rock with rare adeptness.

We spoke with Audrey earlier this summer about the genesis of A Color of the Sky, as well as her expression through dance, travels to and from Mexico, and her love for all animals. Plus, Audrey made extraordinary use of her phone camera to document her epic journey by motorcycle from Mexico City to New York–check out our conversation and her photos below: 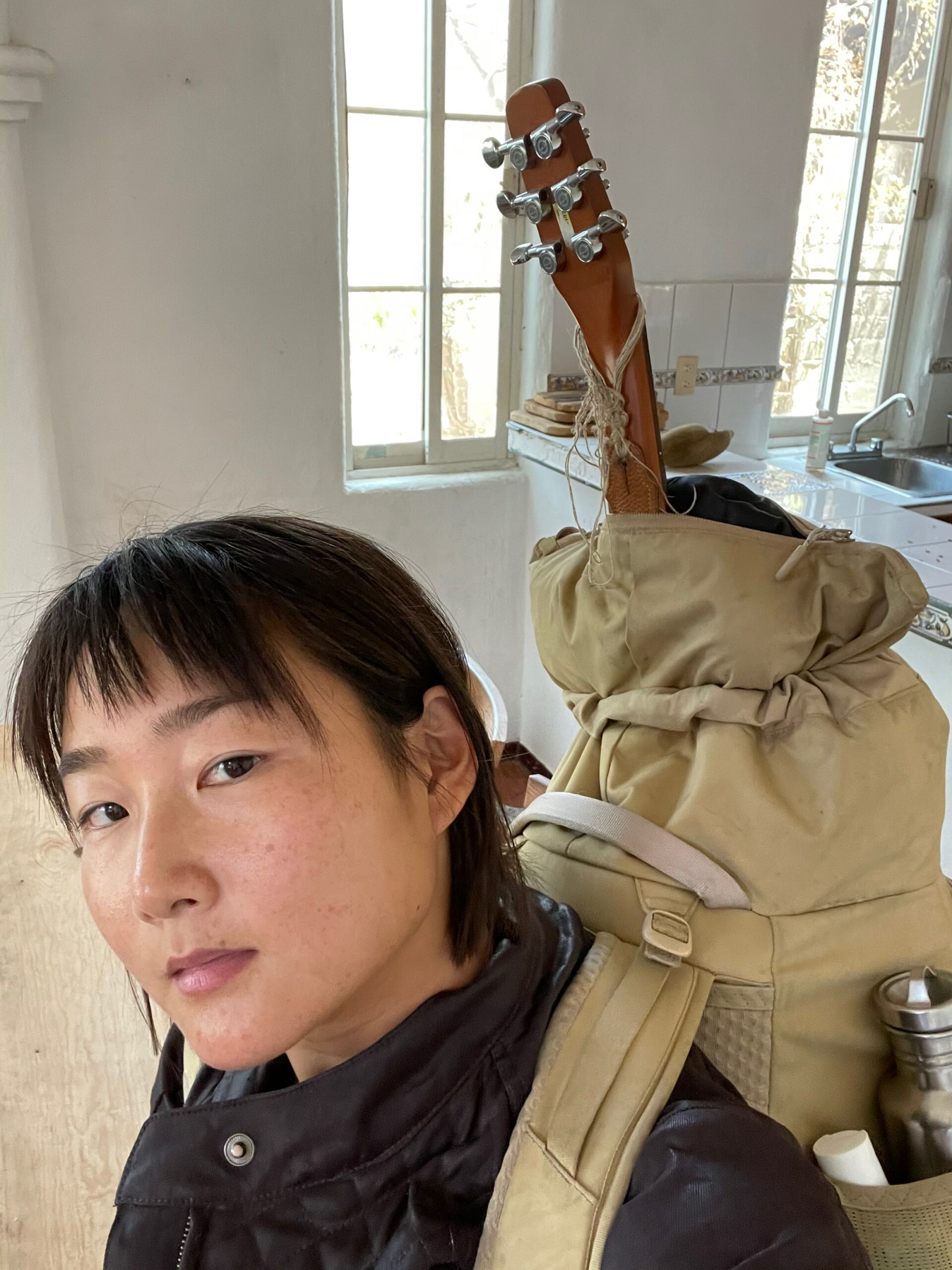 Slumber: If someone who had never heard A Color of the Sky came up to you and asked for three words to describe it, what would they be?

Audrey Kang: Hmmm….”late blooming music”? “Best on headphones”. Or maybe “grows on you”. Sorry I gave you nine.

Slumber: One part of this record that strikes me is the sequel to “September Song,” “September Song pt. ii.” I like how, in FADER, you describe the two as tension with and then release of memory, respectively. How does the writing process for a song’s sequel manifest differently for you than with a new song altogether?

Audrey: I write songs very intuitively, it feels like they sort of just flow out when it’s time, and there’s not too much of a process. For me, songwriting is not very cerebral, and I’ll analyze it only after the song has already been written. So I guess though it was intentional as a sequel, it was less so due to my intention as a songwriter, and more due to what was happening in my life. I often feel like something’s at its end, only for it to come back in a different form as I change and everything changes around me. 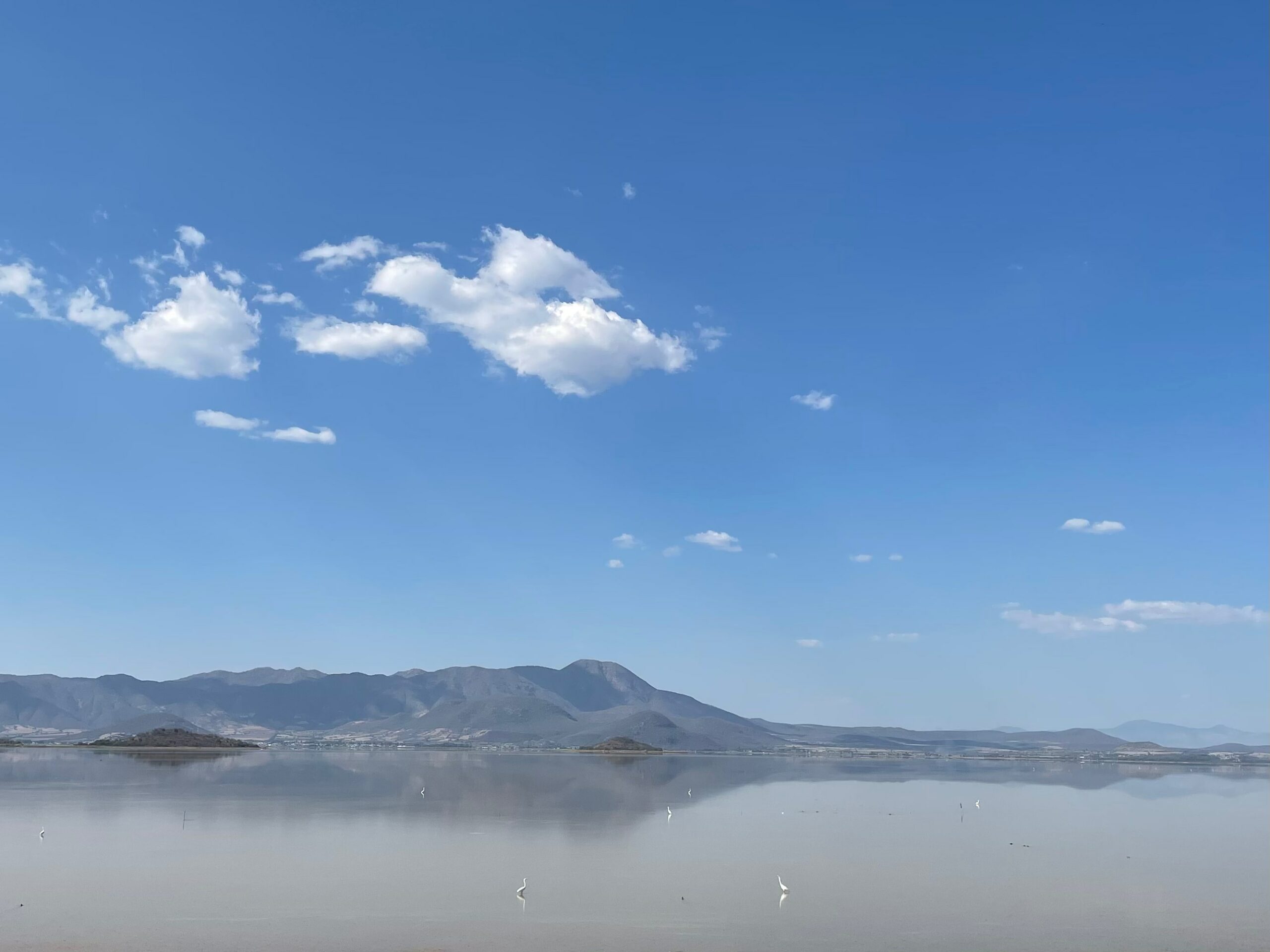 Slumber: Can you talk a little bit about where you took your camera for this feature? Any particular spots or memories that stick out to you from the process?

Audrey: These are all photos from my phone as I went by motorcycle from Mexico City to New York. The big thing I will carry with me from this trip is how kind people were. Hearing about violence against Asian Americans in the U.S. was making me sad and scared to go back. I really thought it was something I’d face once I crossed the border and began to travel through parts of the country with which I was very unfamiliar. But instead, I met kindness, support, and warmth. People secretly paid for my meals, for my bike to get fixed. People would come up to me at gas stations to wish me well on the road. I would actually brace myself for someone to say something awful, but then they’d say something like, “I really admire what you’re doing, and good luck.” I’m NOT saying that racism doesn’t permeate our society in ugly ways. But I think there are reasons to keep hoping for the good of humankind.

Slumber: When you’re motorbiking around Jalisco, what’s the ideal soundtrack to listen to? Do you gravitate towards anything musically on the road?

Audrey: I always feel my full mortality when I ride lol and try to keep my full attention on the road without music – I’m too easily distracted as it is!

Slumber: I love the photos of animals; I love dogs too much for my own good. How have animals factored into your life in Mexico?

Audrey: I was living up against a lush jungle there and the house was not very well sealed. Dogs and birds, and especially geckos and all sorts of bugs would just wander in. They were always so entertaining and made me feel less alone. I’m really comforted by animals. It was nice having less of a clear boundary between indoors vs outdoors.

“...the future is constantly surprising. I think, knowing this, the advice I'd give any artist at a crossroads is to try to remain open and avoid ultimatums with yourself. Sometimes you just need to rest.” 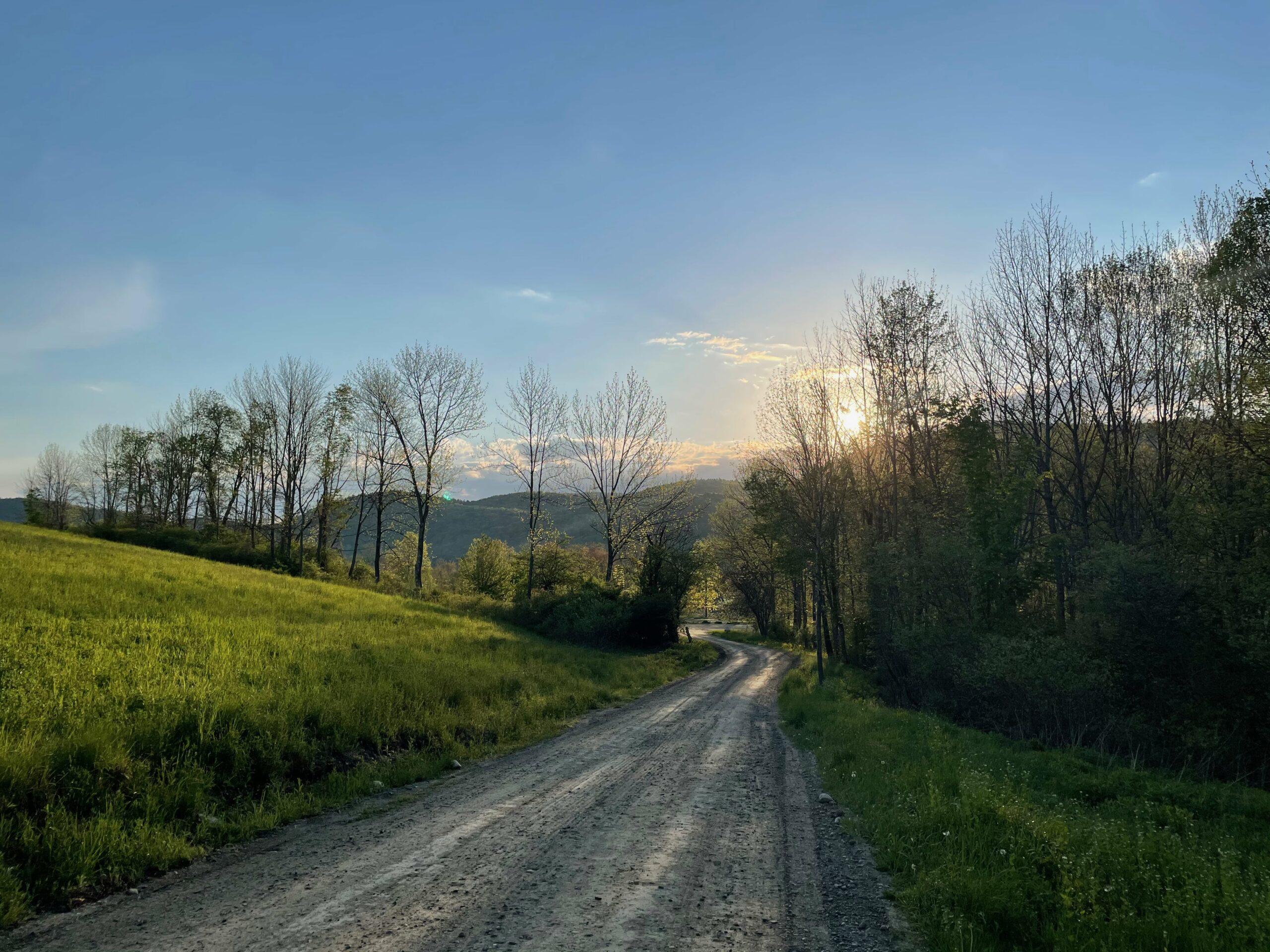 Slumber: I love the record’s cover art, and in particular, I love how, like on Floaters and October Song, the sky is a spectrum of color. We get to see all that a clear sky might be. Do you have a favorite color of the sky? Where have you seen the sky at its most striking?

Audrey: You know when the sky is all gloomy grey, and you think the sun will go down without much ceremony, but THEN at the last moment before it goes, the entire sky breaks out into like the most glorious splendor of light? I love when that happens. The last time I was really struck by what I saw in the sky was a moonset in Guerrero. The moon was deep orange on lavender sky and it made a shimmering orange pathway along the water.

Slumber: If you were stuck on a deserted island and could only bring one book, one movie, and one snack, what are you bringing and why?

Audrey: Book, probably The Brothers Karamazov. There’s so much in that one book. And movie…The Emperor’s New Groove? Just kidding. That movie is pretty wild though. Okay, I’d bring The Gleaners and I, which I find very transporting and soothing. Snack…umm…apples and peanut butter if that counts as a single snack.

Slumber: Multiple Lightning Bug music videos have featured you & other dancers performing choreography you’ve put together – how have dance & motion shaped your approach to music over the years?

Audrey: I’m a pretty visual musician, I’ll often describe certain parts or melodies in terms of physical actions. Like a melody that soars, a melody that runs, a melody that ambles along. I want to make music that dances all on its own. My friend Sarah Bolander choreographed the video for September Song, pt. ii! She’s so talented. 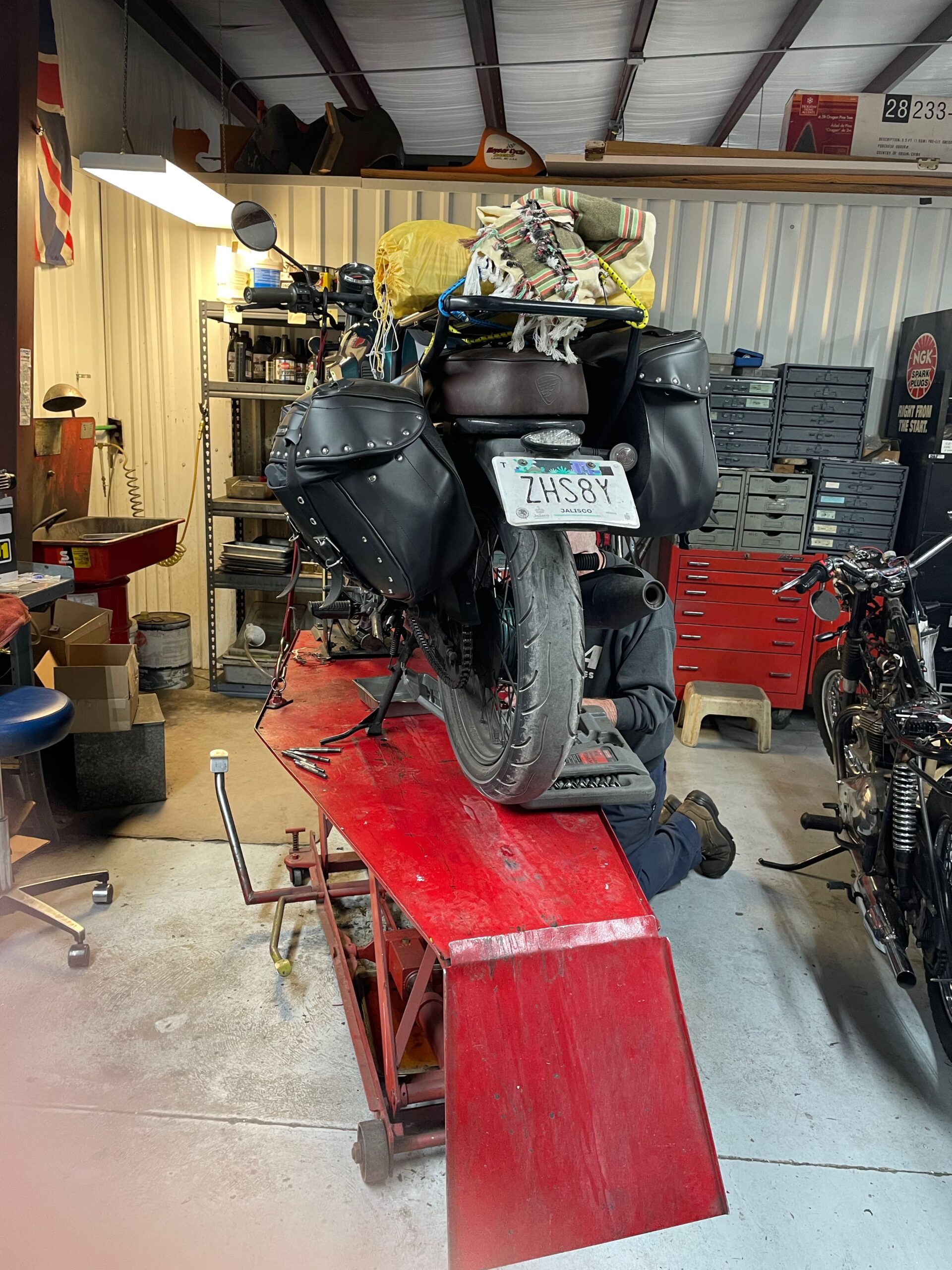 Slumber: If someone is visiting Mexico City for the first time, what is the first place you recommend they visit and why?

Audrey: I think the best part of Mexico City isn’t its attractions, but its people. So I would recommend going there with an openness to meet and share with new people. I was there mostly to spend time with my friend Mar, so I did random stuff with her like play basketball. I loved visiting Aire Libre headquarters, that’s a great radio station based there. 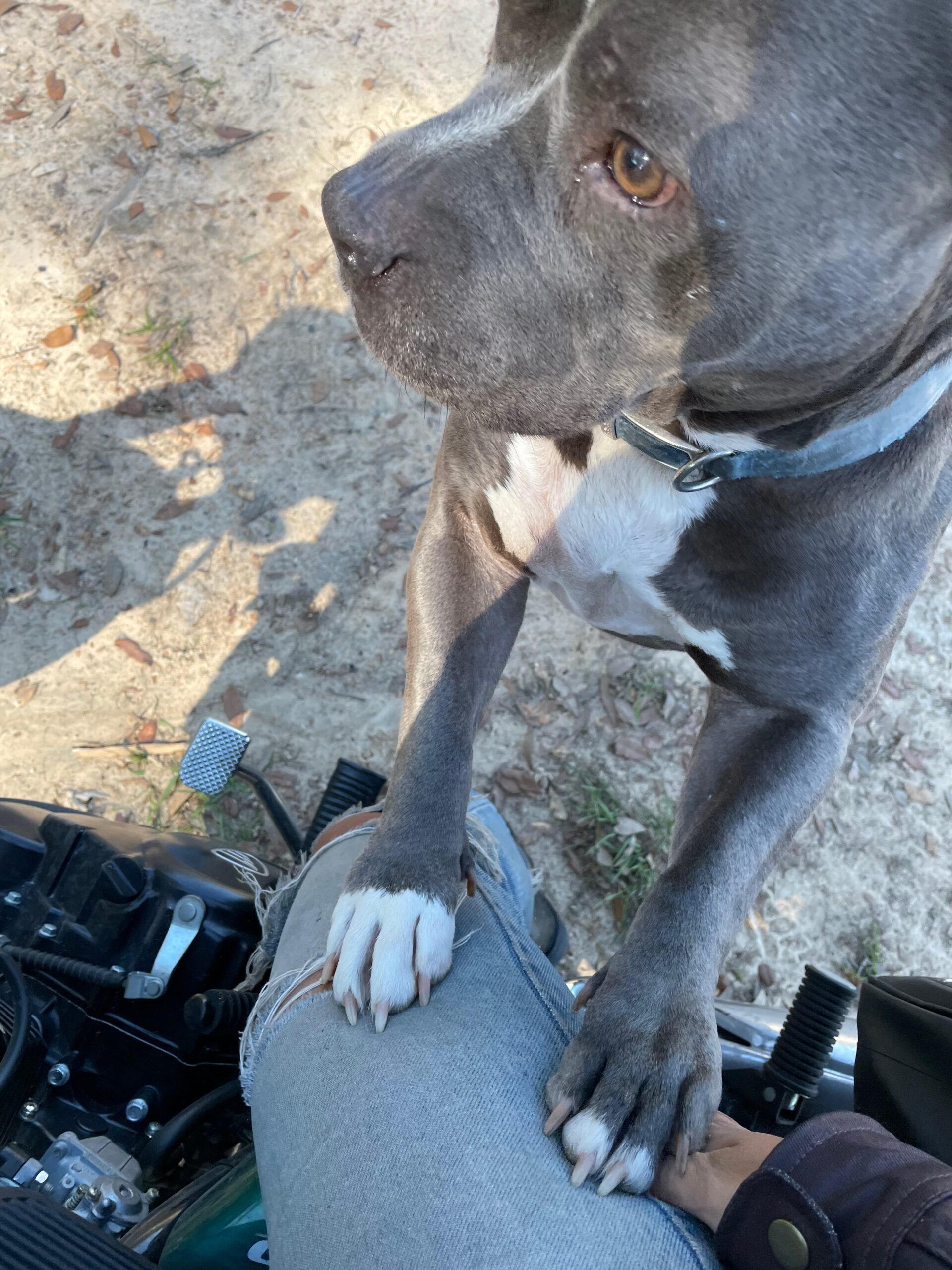 Slumber: Lastly, I wanted to ask: there was a moment when it felt to you like October Song would be the final Lightning Bug record, but pivotal experiences inspired you to move forward with more Lightning Bug material. Do you have any advice for other songwriters/musicians who are at a crossroads, wondering if it’s time to close the book on a given project?

Audrey: This might be a confusing thing to say, but even when I thought I would stop making music, deeper down, I knew that I wouldn’t. Sometimes it feels easier to just decide that something is done, rather than grapple with the uncertainty of what lies ahead and the challenges that pile up with history. But the future is constantly surprising. I think, knowing this, the advice I’d give any artist at a crossroads is to try to remain open and avoid ultimatums with yourself. Sometimes you just need to rest. 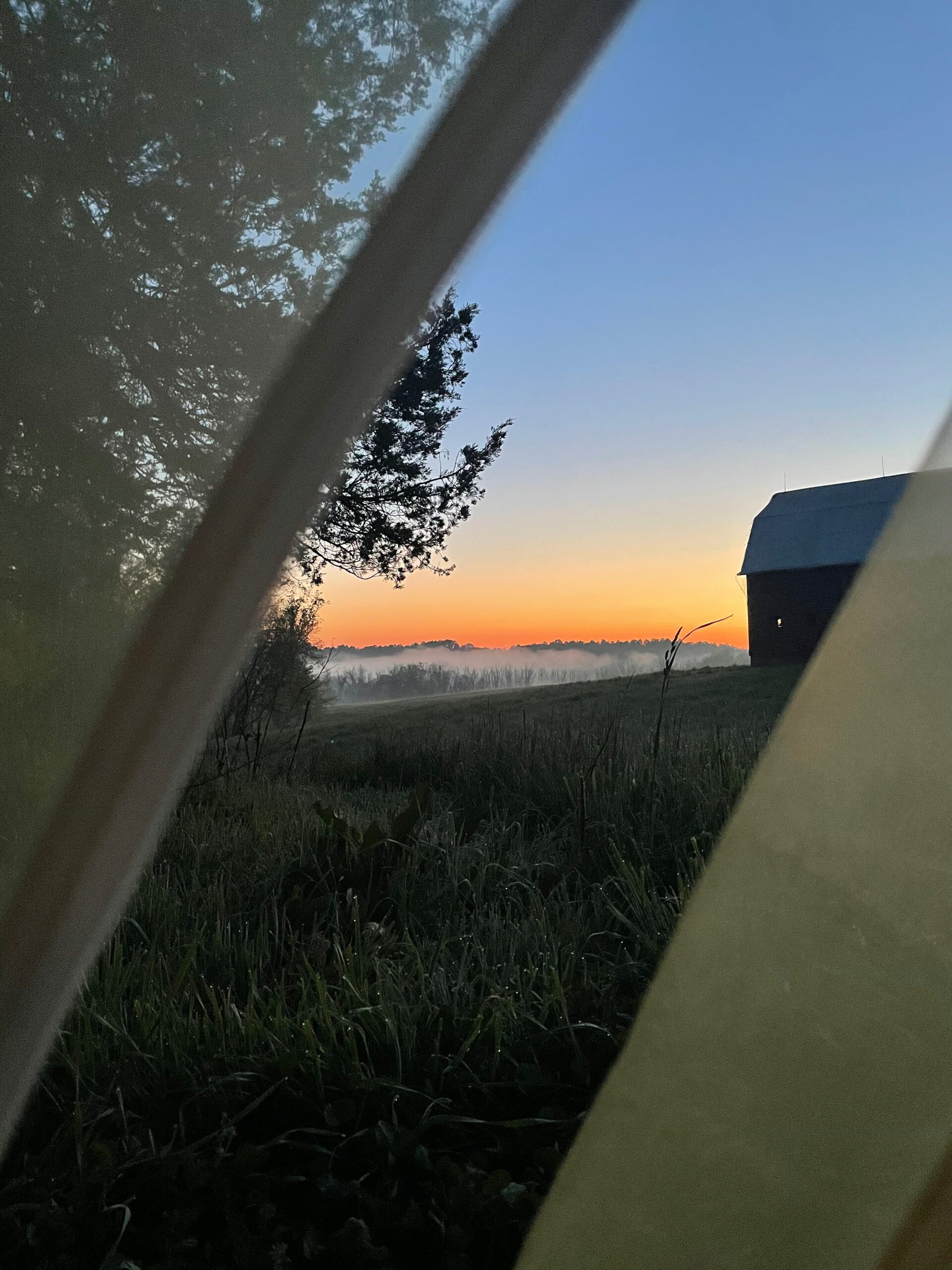 A Color of the Sky is out now on Fat Possum Records. 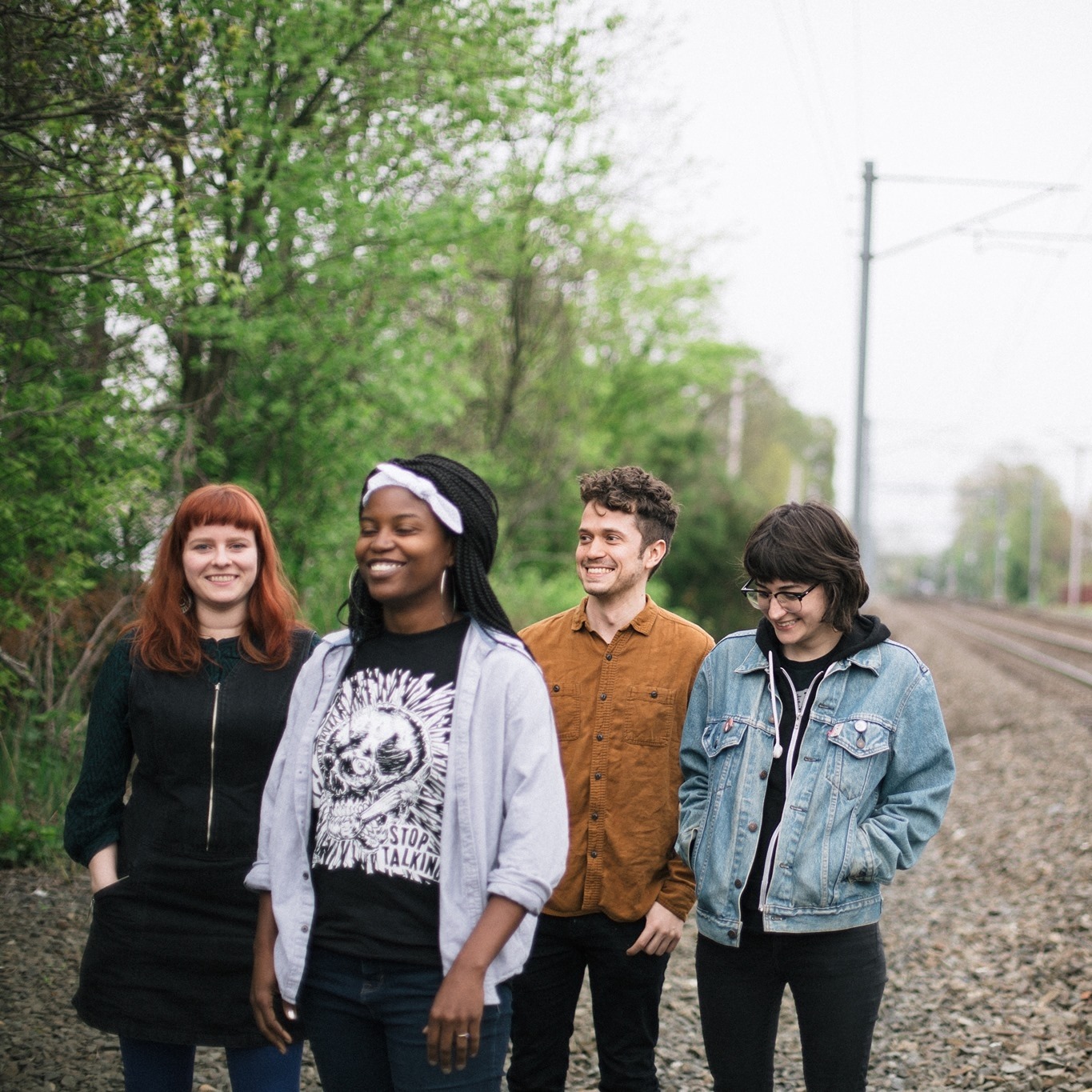 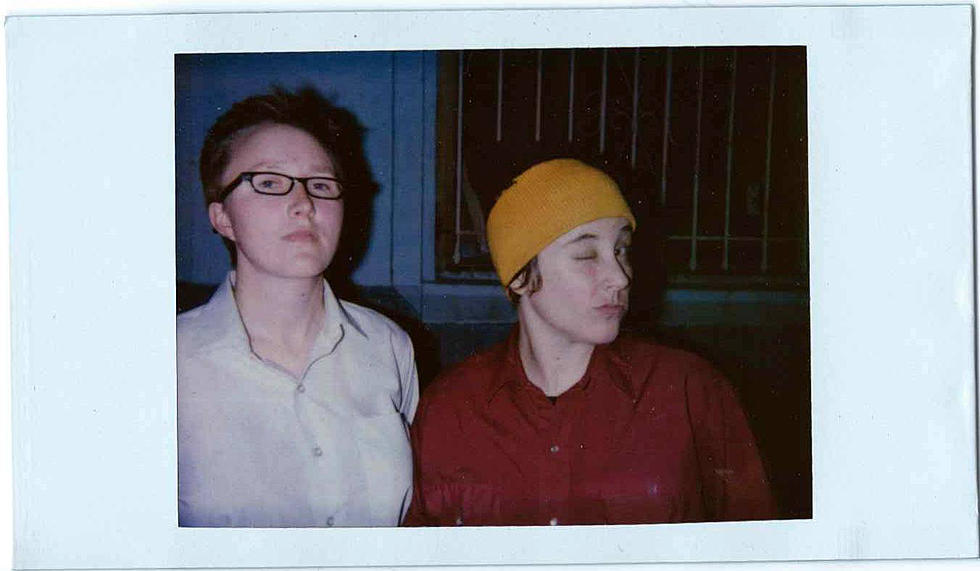 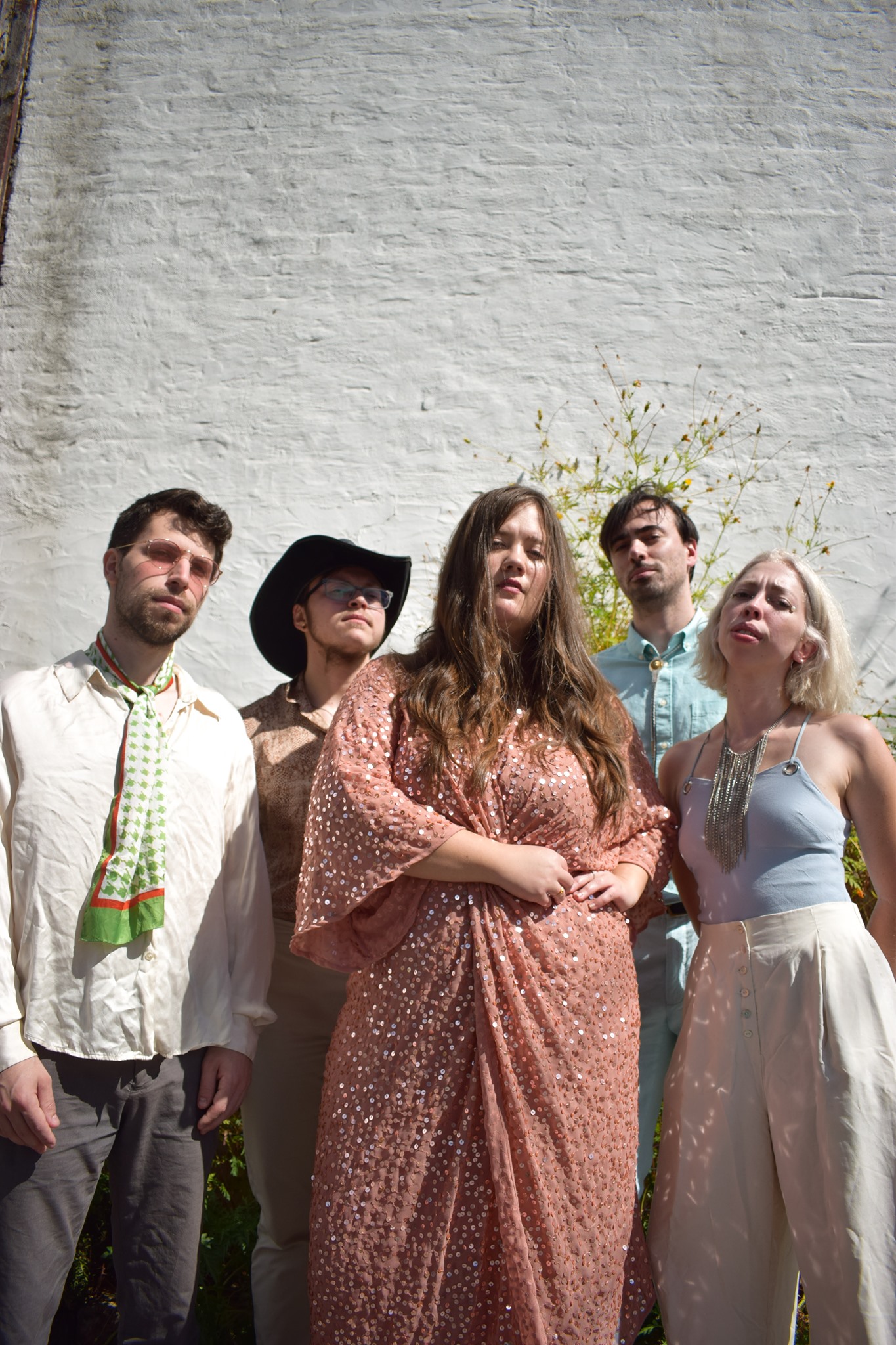