With careful frenzy, Francis of Delirium’s Jana Bahrich opens “Red” repeating the wave of crimson anger she experiences after an experience of betrayal and trashing of trust. It’s an experience I’ve felt all too much recently – between depraved acts of violence from careless institutions of the powerful to spats of resentful (mis)communication I’ve encountered between friends who are simply too frustrated to get the words out right, it’s hard not to see red everywhere. I can’t pretend like I deal with frustration or miscommunication perfectly, but at least “Red” lets me acknowledge that it’s there, it’s all too common, and we have the right to speak on it.

Located at the intersections of Europe and the Pacific Northwest, Gen X and Gen Z, music and visual art, Francis of Delirium is the rock duo of Jana Bahrich and Chris Hewett. They weld together diverse sounds and experiences in a shower of guitars and supernova energy. Slumber got the chance to catch up with Jana Bahrich over Zoom in advance of Francis of Delirium’s explosive new EP, Wading. She shared with us her experiences in the Luxembourgish music scene, the value of visual arts, and how musical expression can help you analyze your own emotions under a compassionate microscope.

Slumber: One thing that struck me is how many music videos you have put out, and how many of the motifs in those videos show up on the single and EP covers – to you, what is the relationship between music and visual art?

Jana Bahrich: My mom is an art teacher, so I’ve always grown up with it. She draws all day, she’ll be drawing at 6am and drawing for hours after school. As a kid, I was just around art all the time. The main goal with making all these videos is to build a space for these songs to live in. As an audience member, the videos can provide a clear aesthetic home for my songs. That’s the main goal there. It’s also just fun. For maybe 50% of the video-making process, it’s fun, but the rest you just gotta push through.

Slumber: This is definitely the first interview I’ve conducted with a musician based in Luxembourg – what’s the scene like there? Does it interact a lot with scenes in neighboring countries?

Jana: The entire scene is dependent on the fact that you can go outside of the country pretty easily. There are a few bands I know who are 50+ years old plus who can sustain themselves touring within the country, which is surprising and pretty cool. But also, I have biked to Belgium. It’s that close. If you go to four shows here, you will have met everyone in the Luxembourgish scene, which is kinda nice. It’s easy to get to know each other and feel the love. The best part as a fan is that someone like Lucy Dacus will come and it’s a ten-person show. You’re guaranteed a great spot. It can’t be great for her, but as a fan, it’s incredible.

“The main goal with making all these videos is to build a space for these songs to live in. As an audience member, the videos can provide a clear aesthetic home for my songs.”

Slumber: How have your experiences living in Vancouver and Luxembourg shaped you as an artist and writer?

Jana: I feel like it’s just more of an openness to try new things. I moved around a lot when I was growing up. You’re often thrown in random situations, so now I’m up to try whatever. When Chris and I started our first EP, we had no idea what we were doing. We just needed to take that open approach, and use it for our music-making process.

We moved around a lot because my parents are international school-teachers. Before I was born, they lived in Morocco. My mom moved around a lot as a kid, so my family has an affinity for moving around a lot. I was born in Belgium, moved to Switzerland, back to Belgium, then Canada, then Luxembourg, where I’ve been the longest at 6 years. I just don’t feel tethered to a place entirely, my identity isn’t tied to a country. But after 6 years, I do feel an affinity for my life here.

Slumber: Francis of Delirium is a comparatively new project – what was your vision when it all started and how has that developed?

Jana: I’ve been playing live with Chris since I was 15. I’d play with his kids in high school, mostly doing jam sessions then little venues around Luxembourg. Towards the end of high school, I knew I wanted to play my songs I’d been writing under my own band name, so I asked Chris to play drums with me. We played in this competition festival Screaming Fields together. Generally, I just had songs I’d written and wanted to play! I love playing music live, and I just wanted to play the songs I’d written live. I feel the same way, but now it’s like, I’m thinking in terms of, “I wanna make this kind of album, or this.” It’s not much different, it’s just generally: I wanna make music I like!

“I love playing music live, and I just wanted to play the songs I’d written live. I feel the same way, but now it’s like, I’m thinking in terms of, “I wanna make this kind of album, or this.” It’s not much different, it’s just generally: I wanna make music I like!”

Slumber: Right now, and at various points over this past year, COVID has encroached upon and taken hold of the music scene in Europe – how has the pandemic impacted Francis of Delirium?

Jana: It really sucks! I don’t know, I’m super privileged and lucky not to have been physically affected. But the mental toll of having been a year into this has been huge. I’m so excited for us to get out of this. When it comes to writing music, it feels so strange to write. It feels like there’s nothing to write about. I feel like I get so much creative energy playing live and seeing other people play live. After shows, I get super inspired to write and play. So I lose a little bit of that, but I still try to make a little something new every day.

Slumber: What was one of your favorite moments you recall from writing & recording Wading? We’re pumped for its release!

Jana: Thank you! It was definitely a year ago, so I’m like: what really happened back then? I don’t know if I have any funny stories. We started recording right in the spring, so I’d bike into the studio and immediately go into a dark basement with a window that looked out on the blue sky. It was like, being in this basement this sucks, but it was also so much fun. Music-making is fun, and generally, it’s like, I ebb between thinking what I’ve made is good or terrible. Chris is much the same. We were really recording early in COVID times, which is all a blur.

Slumber: If you could have any person or figure, alive, dead, or mythical, at a release party for Wading, who would you invite?

Jana: Prince is coming to mind. It would just be the best to have him there. Prince might want to perform and maybe outshine us, which he could. The Haim sisters seem kind of fun, they’d be hyping us up the entire time I hope. It would be on a boat in Paris. This is the way to go, I think! I’m only performing like that anymore. Prince, Haim, boat in Paris. Perfection.

“Instead of being embarrassed or upset that you acted angry or irrationally, putting that feeling out there in a song removes it from yourself and allows you to imagine it through the lens of another.”

Slumber: “Red” hit me really hard, especially. Communication out of anger, confusion, and mistrust has been on my mind a lot lately. It reminds me of mourning when someone goes away (or we send them away) – I feel like I mourn the subject as well as the person I was for myself and the subject. How has putting that set of feelings into music made you look at them now?

Jana: It’s cool because now I have this sense of detachment from it. Sometimes I look at a song once I’ve written it and I’m like, “wow Janaa, you’re a crazy person.” But now, I have this detachment from those feelings, and I can look at myself and those feelings with a more objective yet compassionate lens. Instead of being embarrassed or upset that you acted angry or irrationally, putting that feeling out there in a song removes it from yourself and allows you to imagine it through the lens of another.

Slumber: Once Wading officially drops, what’s next for you?

Jana: Hopefully, I’m keeping optimistic that shows in Fall 2021 will happen! This is my dream. I’m working on new songs, maybe a 2022 full-length. Otherwise, just a shit-ton of shows.

Listen to Francis of Delirium’s freshly released EP, Wading, below: 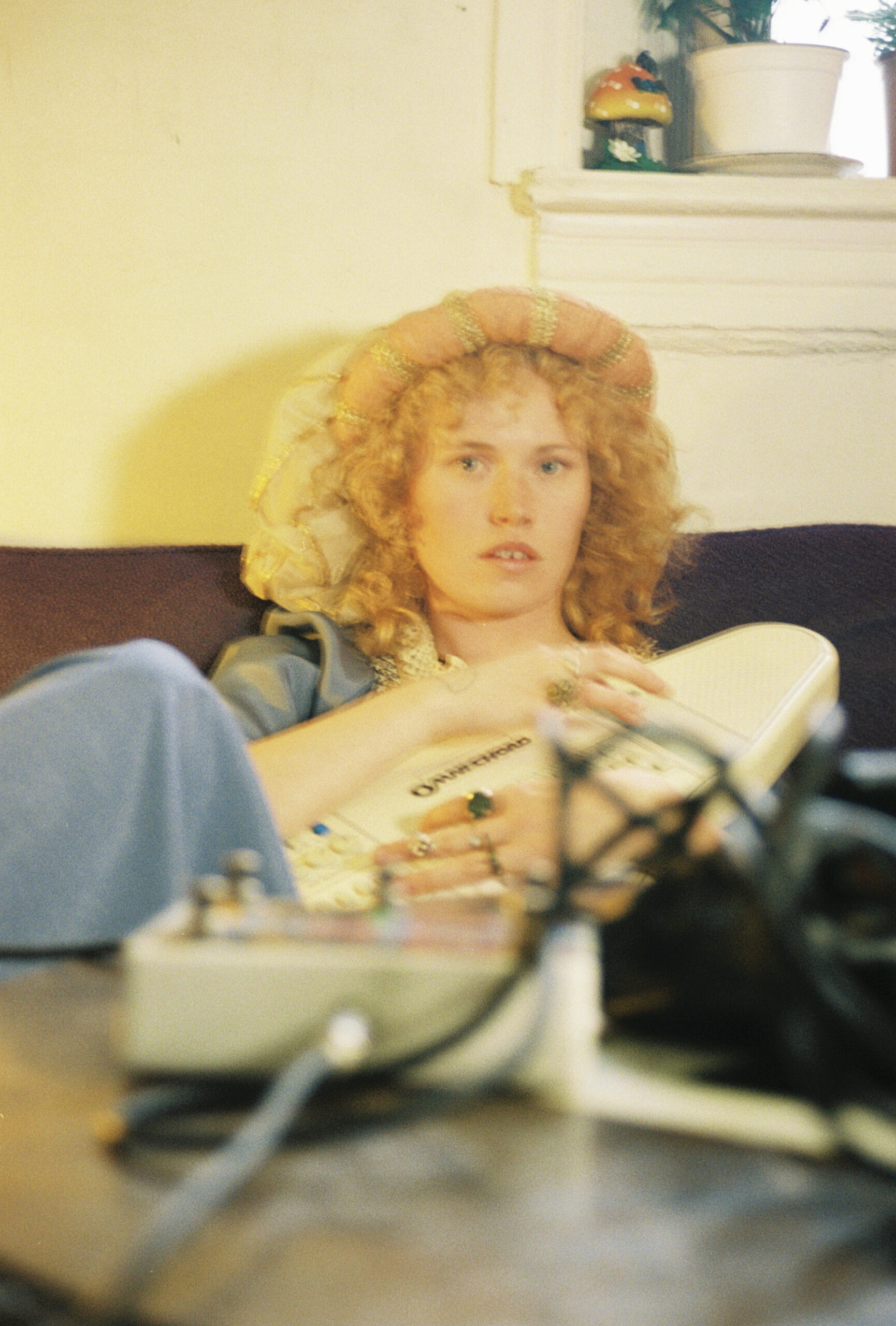 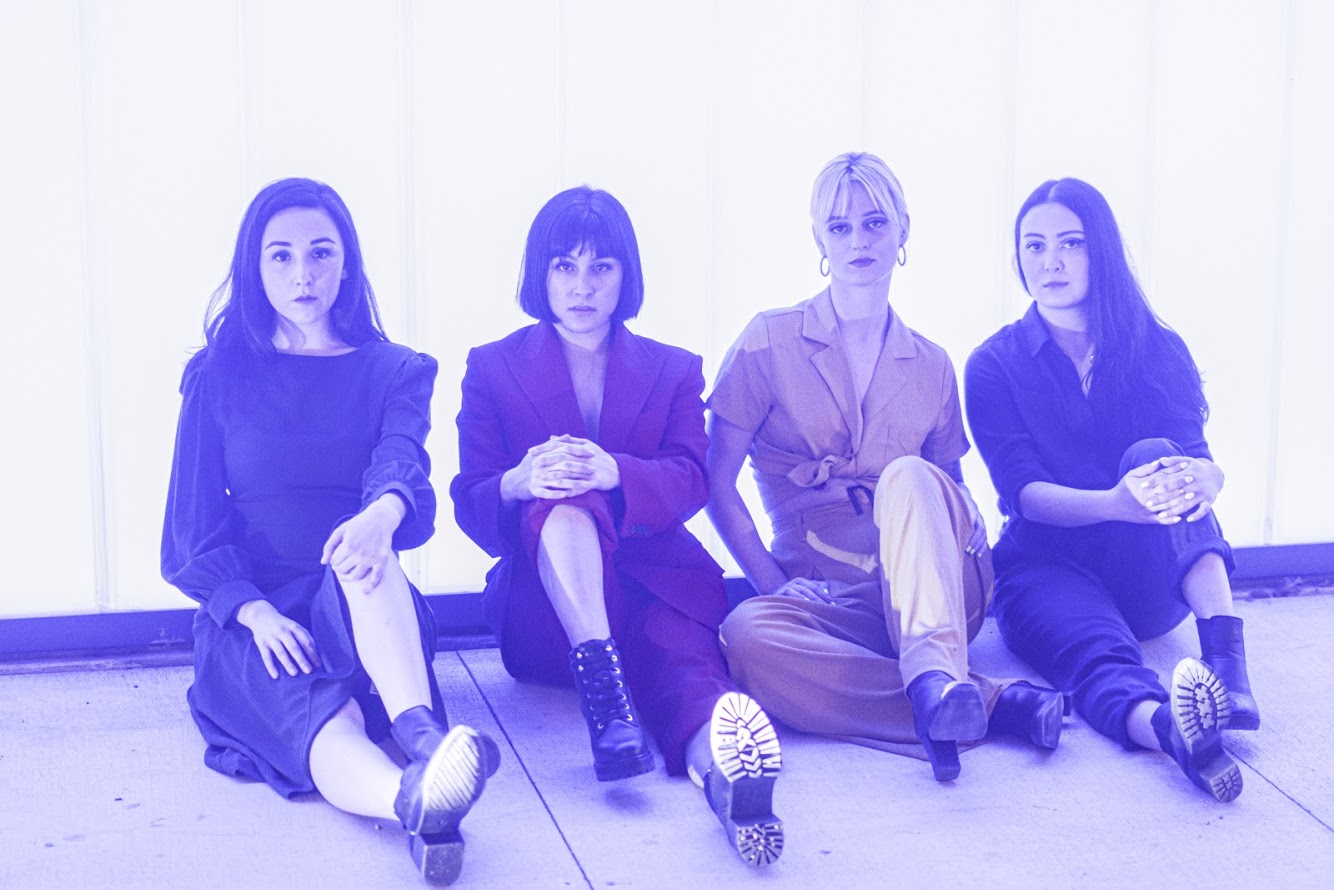 TC Superstar on Choreography, Touring and Making Space in the DIY Scene 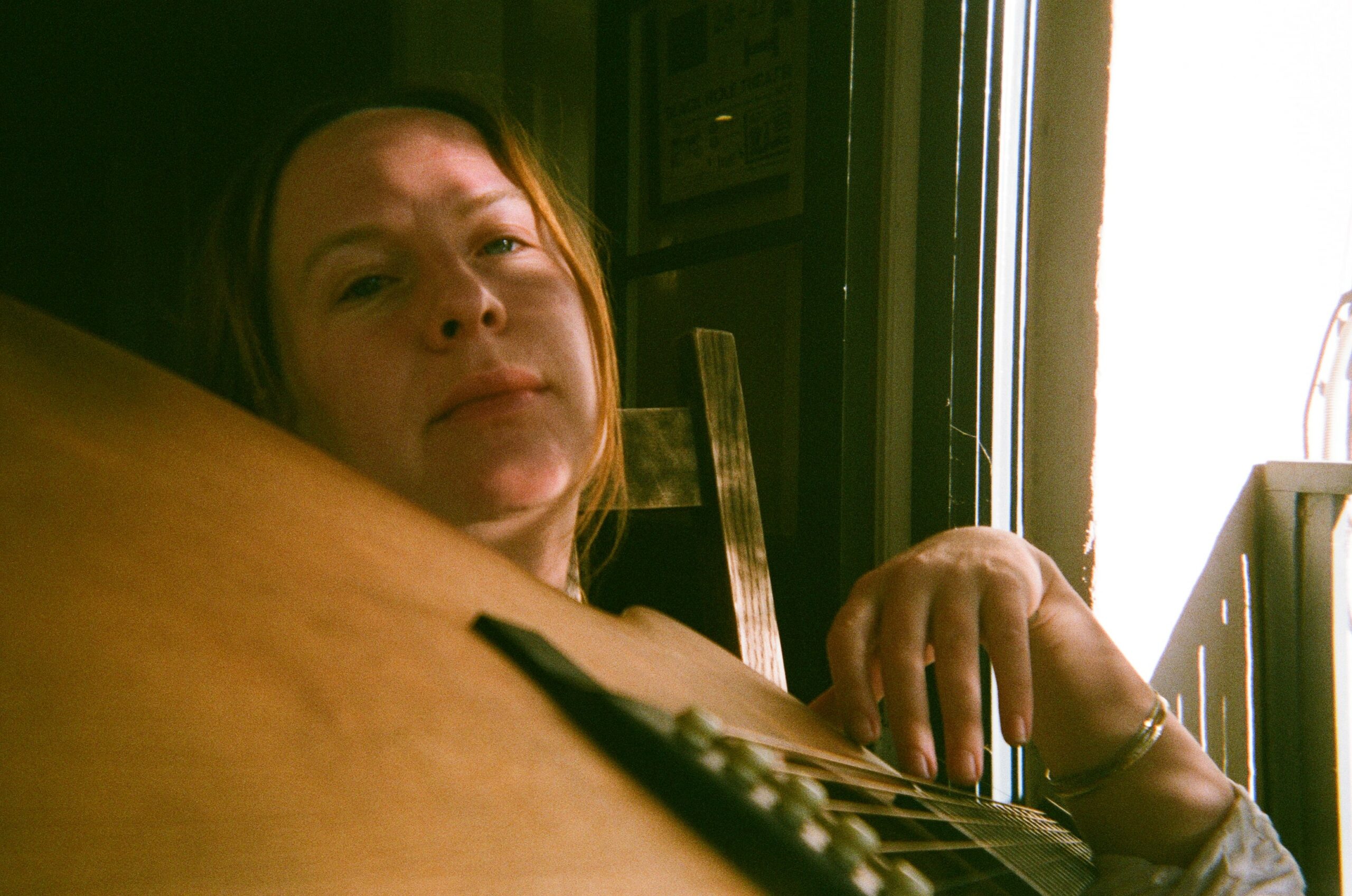