Personally, I have a soft spot for suburbia, which comes hand in hand with movies set in suburbia. When I listen to Test Subjects – the new conceptual pop project of Sam Glick and Melody English – I feel like I’m in the midst of all my favourite suburban teen movies, merged into one eclectic ASMR compilation video on YouTube. Oddly specific, I know, but after one listen to their LP Study, you’ll see exactly what I mean. Traced with familiar samples from your adolescence that feel like found field recordings, Test Subjects’ debut feels like a movie you can live in.

Slumber had the chance to catch up with Test Subjects to dive deep into Study‘s cinematic setting and the influences behind its sense of suburbia. Find out more about the scenes Sam and Melody imagined when writing this record, and the snacks they’re sneaking into the cinema to watch the imaginary movie that goes with it (spoiler: neither of them are into Red Vines).

Slumber: Let’s say you’re describing Test Subjects to someone that’s never heard of you before, and they’ve not Googled you because “Test Subjects Study” is full of questionable results. How would you describe this new project, and how you got here?

Sam Glick: I think that experience sums it up well. The process of making the album really was a search. We were trying out many different identities and for a long time didn’t have a real direction. Ultimately the only songs we were capable of finishing were the ones that had characters we could laugh about. So the album is a sort of survey, a “study” of different characters.

Melody English: Fun and freaky lil’ surreal pop songs. We arrived at the sound by having a lot of fun and not taking ourselves too seriously.

Slumber: This debut is full of unusual blends, musically. Which sounds or samples do you think listeners will be most surprised to hear?

Sam: We use a lot of sound effects that other artists have used before, but I’m hoping we’re the first to sonically imply Bunsen burners.

Melody: The Bunsen burner was definitely a turning point, I changed on that day. Otherwise, the sound effects are all supposed to be relatively familiar. We did have a gothier version of “One Last High School Thrill” at one point.

“We’re very controlling, meticulous people, so naturally we’re attracted to the idea of crafting our own little world.”

Slumber: I saw that you had miniatures made for the “Boy Next Door” video, along with some other visualisers on your Instagram. What drew you to miniatures? Can you tell us more about Alex Futtersak, the artist you worked with for this project?

Sam: We made the suburban model for the album cover with the help of our friend Mira Dayal. It’s a pretty literal representation of the idea of the suburb as a realm we are studying. We’re very controlling, meticulous people, so naturally we’re attracted to the idea of crafting our own little world.

Melody: First of all, miniatures are awesome. For the album cover, we initially had this idea of making an aerial view maze of these tiny suburban houses (with a live mouse), but it wasn’t quite as visually appealing as we anticipated. We ended up going with a concept of the little houses being studied by us in an observation room. Alex brought our miniature suburb to life in all of the CGI visualizers.

Slumber: I’ve heard your approach to songwriting described as “cinematic,” which feels exactly right. Were there any particular films that influenced these mini-songs and their accompanying mini-movies?

Melody: Gone Girl for “Interstate of Mind.” Weird Science for “Group Project.” Trust for “Boy Next Door.” Any Clint Eastwood movie for “Tumbleweed.” Superbad for “Party Animals.” Breakfast Club for “One Last High School Thrill.” Those are the most immediate ones that I pictured when recording vocals or just passively listening, whether I wanted to or not.

Sam: I always thought of Teen Wolf when we were working on “One Last High School Thrill.” But I don’t watch many movies. Mostly I picture settings from my own hometown.

Slumber: If Study was a scene in a film, what would that scene look like?

Melody: I picture the movie What About Bob for this one. Bill Murray, 1991. I think that movie is so funny. But there’s this 90s New York waiting room that I always picture. It’s funny, uncomfortable, surreal. I picture someone who has Murray’s mannerisms but as a college student. I picture the nurse as some hot but unhinged woman who he is initially attracted to but then grows very afraid of between the walk from the waiting room to the exam room.

Sam: I too picture an unhinged woman when I hear Melody’s voice. She’s leading the young man down a long hallway, passing different rooms where the subject will re-experience various adolescent scenarios as part of an experiment. He’s very nervous, and he should be.

Slumber: What cinema snacks have you snuck in to see the Study feature-length film?

Melody: Sunflower seeds. No, too loud. Definitely paid $8.99 for one (1) dehydrated hot dog with lots of yellow mustard, $12.99 for a Coke, offered to buy Sam something and he got Red Vines which don’t do much for me. Also caved and got the popcorn, asked for extra butter syrup.

Sam: I appreciate the offer, but I don’t like Red Vines either. You can buy me some Twizzlers. 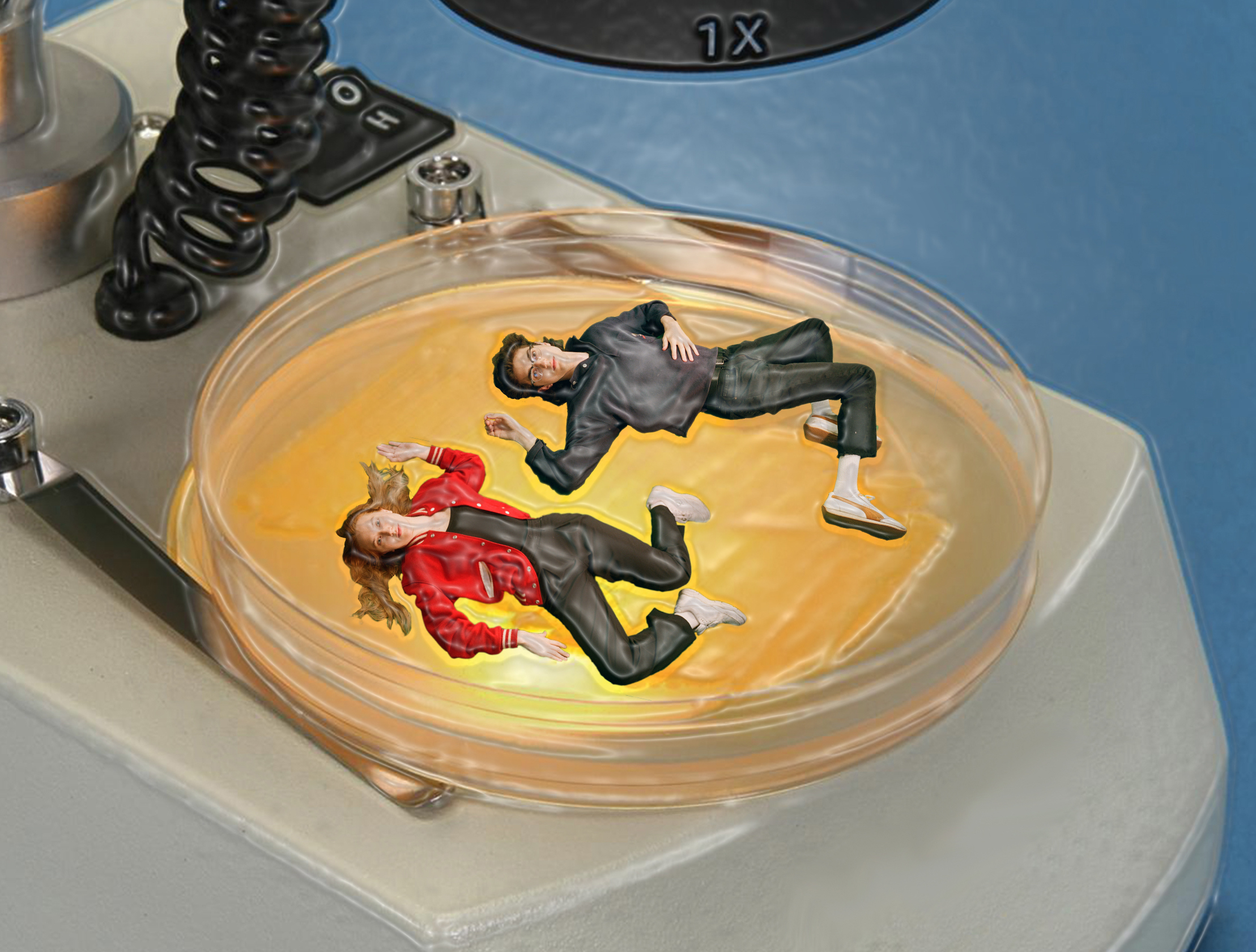 “The process of making the album really was a search. We were trying out many different identities and for a long time didn’t have a real direction. Ultimately the only songs we were capable of finishing were the ones that had characters we could laugh about. So the album is a sort of survey, a “study” of different characters.” 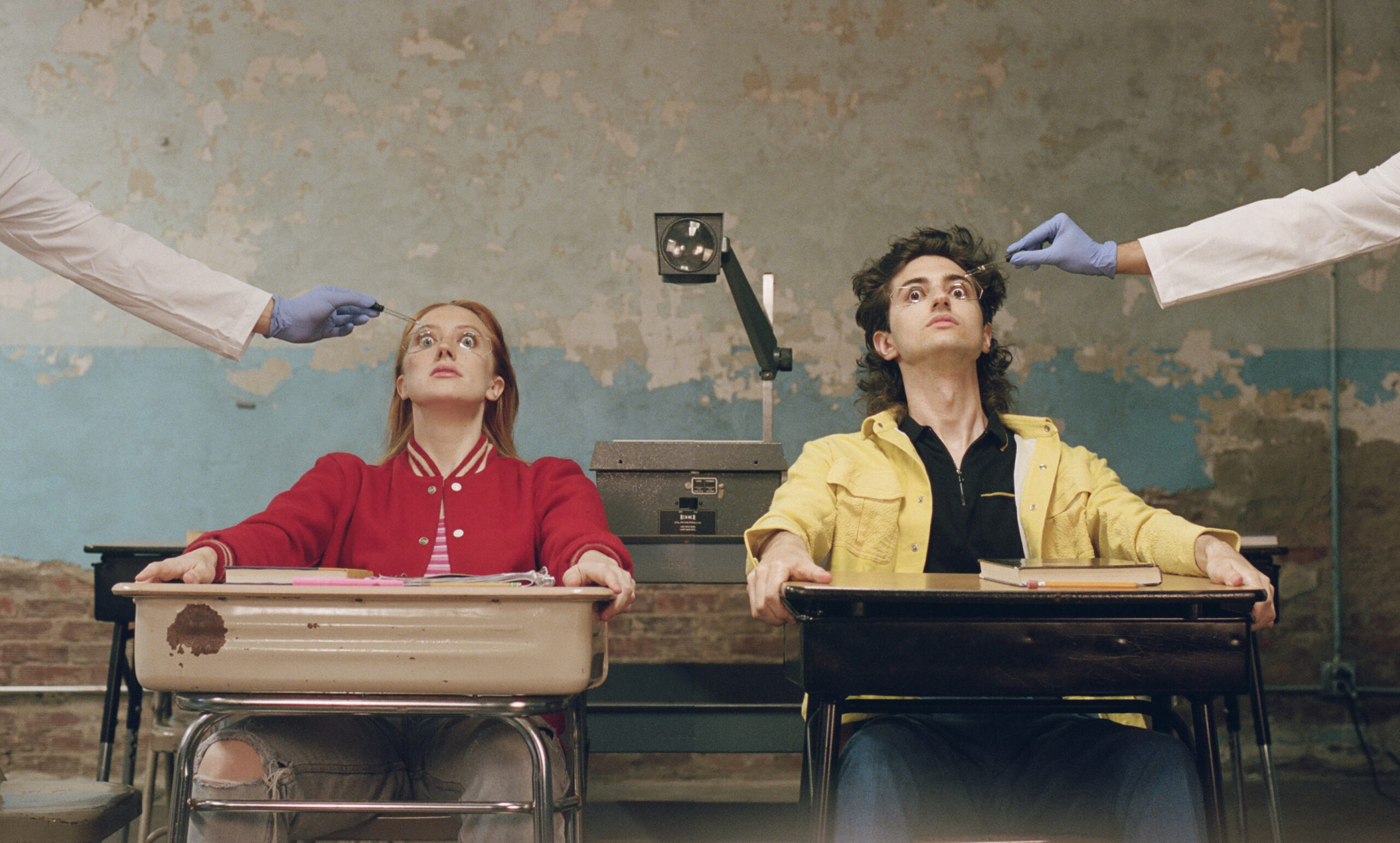 Slumber: You’re locked in a room together to write your next record. All the equipment required is already in there – but you’re allowed to bring one, not strictly functional item in along with you. What are you both bringing?

Sam: If I were locked in a room with Melody then I would probably need some prescription medication.

Melody: We WERE locked in a room together for the last one. I’m sorting that out in therapy. One non-functional item? My entire existence hinges on utility so this is hard. Some plants, a weed edible, my Ugg’s.

Slumber: For anyone that’s planning on listening to Study after they’ve read this: which setting would you recommend for listening to your debut in full for the first time?

Melody: Honestly anywhere. I think headphones are great for our music or quiet room, not too echoey, with good speakers. Oh also a car. Car is my favorite. But alone for first listen and familiar streets so you can zone out.

Slumber: Lastly, where do you see Test Subjects going from here? What can we expect?

Sam: We’ll start playing live soon. We’re working on some new songs. Going to make another album, though we’re not ready to subject ourselves to that process just yet.

Melody: You can expect more themed vignettes, maybe not as immediately about suburbia. Otherwise, we cannot wait for the live show. We’re currently scaling back my arena-sized ideas and should be ready to perform Spring ‘22. New song or two before that maybe ; ) 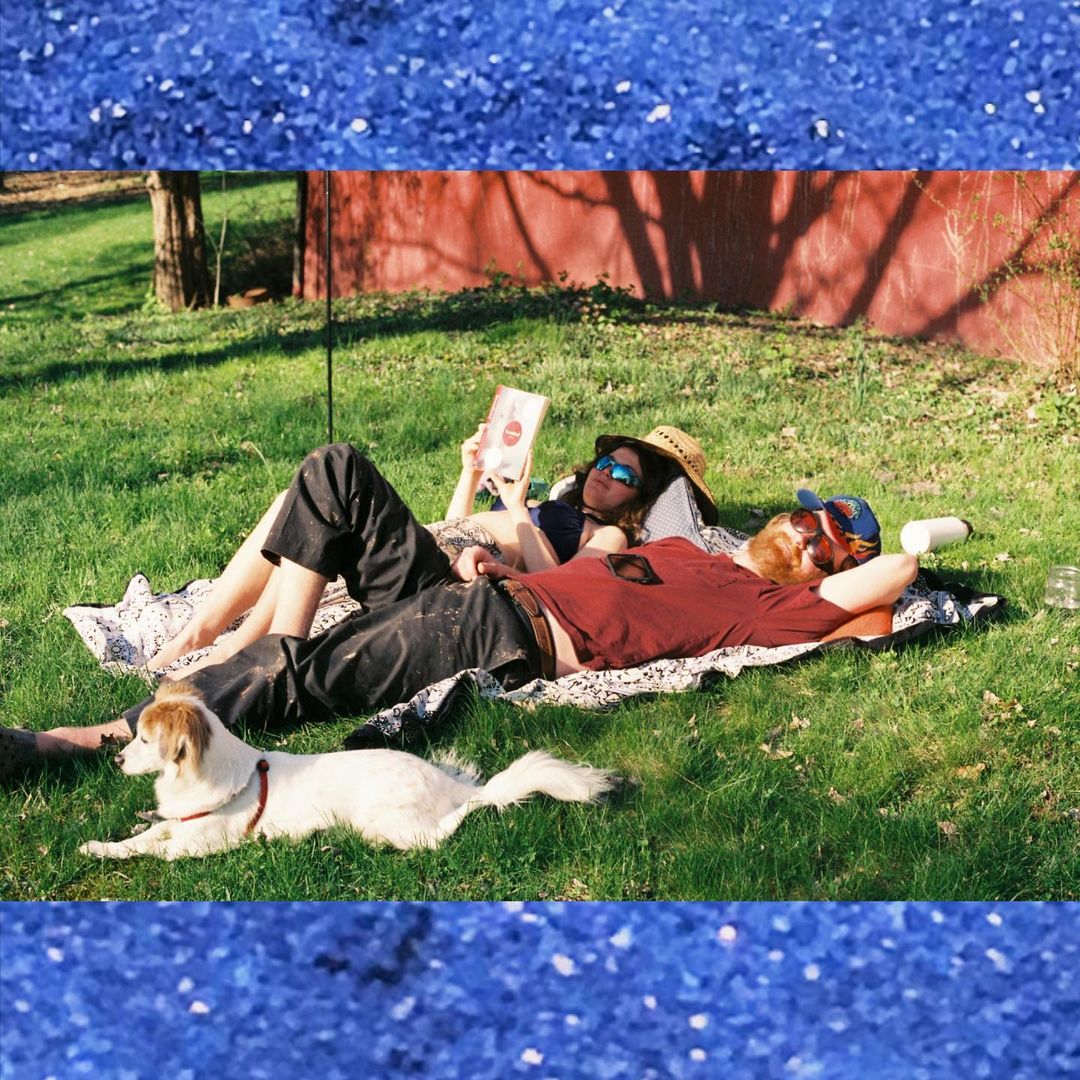 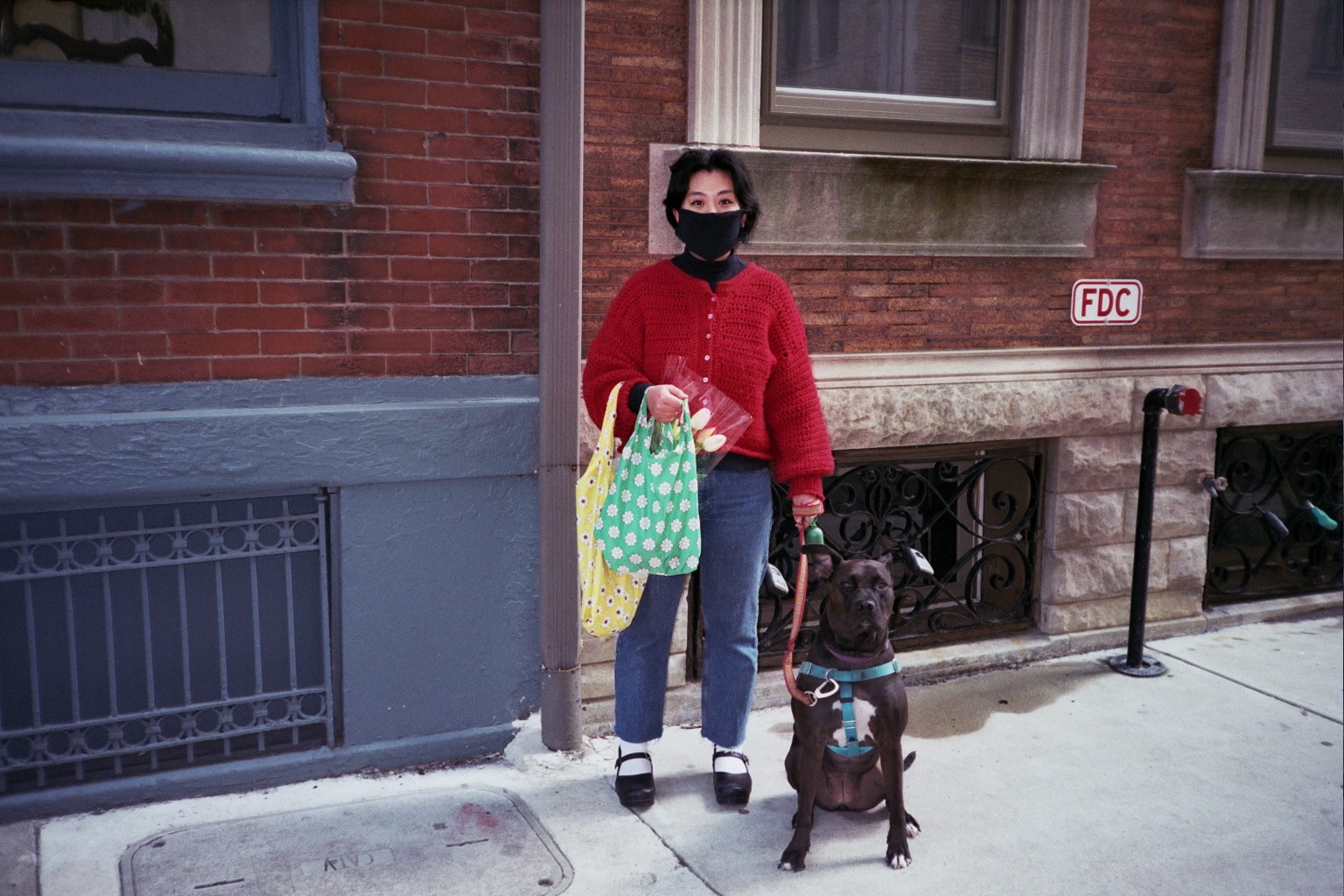 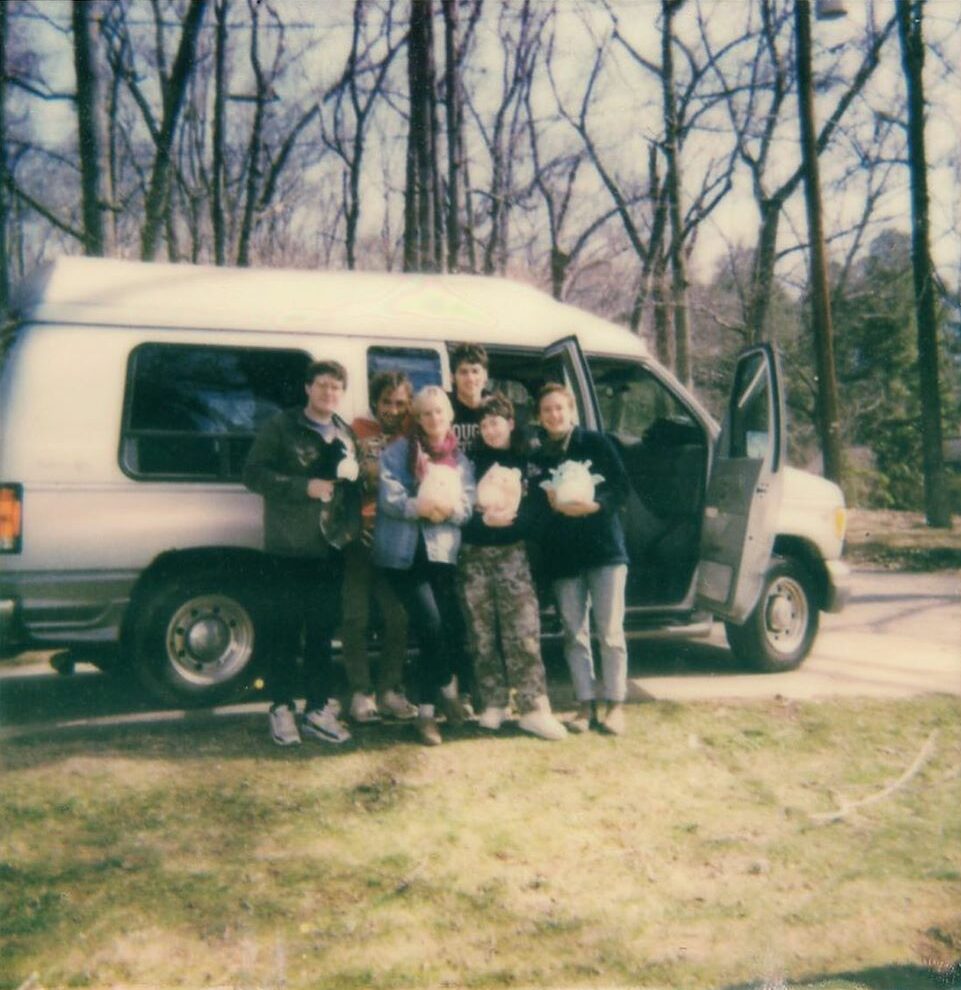 Listen: Wednesday – I Was Trying to Describe You to Someone